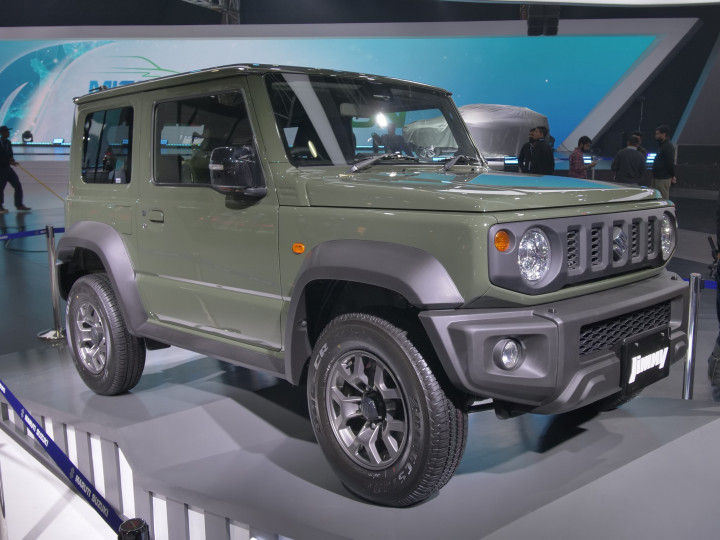 Despite arriving late to the Auto Expo 2020, the Suzuki Jimny managed to attract massive crowds. We Indians love our SUVs and the Jimny is pretty much the ideal SUV with all the right qualities. Maruti Suzuki has finally started considering the Jimny for India and showcasing the SUV at the Expo was a part of the plan to gauge market response.

We are seriously looking at a debut by 2021 and that is still a dreary long year away. In the meantime, here are five facts about the Jimny that you should be excited about:

Looks that could kill?

This is the best part about the Jimny! Just look at it -- the SUV treads a fine line between charm and ruggedness. It’s a lovable giant with a small footprint and boxy dimensions. What makes the Jimny so desirable is its unique styling and dimensions. Quite arguably, the Jimny happens to be the mother of all lifestyle products on a budget. There’s something about it that makes us and the whole nation go weak in the knees.

What makes it move?

Under the stubby bonnet will be a 1.5-litre K15b petrol engine that is shared with the Ciaz. Output figures stand at 102PS and 130Nm, harnessed via a 5-speed manual or a 4-speed automatic. The kei version of the Jimny on sale in Japan also uses a 658cc turbocharged three-cylinder petrol mill.

No, the Jimny is actually surprisingly loaded with kit and comes with a rather roomy cabin. It gets a 7-inch touchscreen infotainment system with Apple CarPlay and Android Auto, digital driver information display, Bluetooth connectivity, cruise control, and automatic climate control. Maruti has also equipped the Jimny with safety features like lane departure warning, 6 airbags, high beam assist, and dual sensor brake assist . That said, it remains to be seen which features will fall off from it while on its way to India.

What makes it a capable mud plugger?

Well, for starters, it is underpinned by a rigid old-school ladder frame chassis with 3-link axle and coil spring suspension. We are not getting into the geeky numbers but the Jimny comes with impressive departure, breakover and approach angle. Also helping cement its off-road image is the 210mm of ground clearance. To make things easier off the tarmac, there’s also part time 4WD with low range transfer gear. It doesn't end there as Suzuki has also equipped the Jimny with Brake LSD traction control, hill hold and hill descent control.

The big question- when is it coming to India?

You should be looking at 2021 if you are hell-bent on getting the Suzuki Jimny. Various reports and sources have been giving out the information that the India-bound Jimny will be a 5-door version instead of the original 3-door version. Straight up, we would like to inform you that we are not fans of the idea of a 5-door Jimny. Why? Can you ever imagine a 5-seater domesticated version of the legendary Gypsy? We feel the Jimny’s charm lies in its 3-door attire and short dimensions. But hey, we can only hope that Maruti Suzuki brings us the Jimny that we want! Hence, fingers crossed as of now.