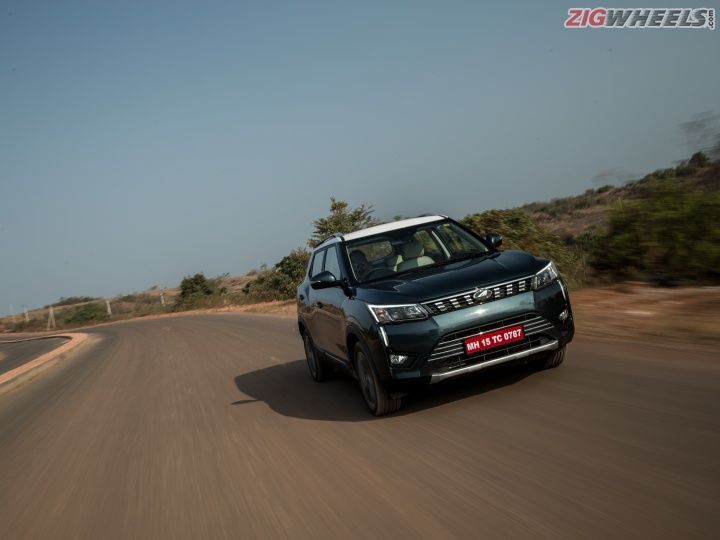 At the launch of the Mahindra XUV300, we told you that the lack of an automatic option was a major chink in the new sub-4 metre SUV’s armour. However, Mahindra is set to rectify that by launching the automatic variant of the XUV300 later this month. Recent spy shots of the carmaker testing the diesel automatic variant of the sub-compact SUV have revealed a few details about the gearbox.

The XUV300 will use a 6-speed AMT gearbox sourced from Magneti Marelli. Expected to be available with both petrol and diesel engine options, the AMT equipped variant is expected to be priced around Rs 60,000 more than the equivalent manual transmission variant. And if test mules of the car are any indication, the carmaker might also launch the automatic variant in various trim levels.

Also Read: Mahindra XUV500 Gets A New Base Variant

The XUV300 gets two engine options. A 1.2-litre turbocharged petrol and a 1.5-litre diesel engine. The petrol motor churns out 110PS of power and 200Nm of torque. On the other hand, the diesel engine produces 116PS and 300Nm. Currently, the XUV300 is only available with a 6-speed manual transmission.

It must also be mentioned that Mahidnra has started work on updating its portfolio to comply with upcoming BS6 emission norms. The first BS6 model to roll out from Mahindra’s assembly line will be the petrol-powered XUV300. To know more details about Mahindra’s technical update, head here.

The AMT gearbox is indeed a welcome addition to the XUV300’s list of powertrains. But the sub-compact SUV has some barriers to overcome. While the diesel AMT variant might have a breather thanks to limited competition from the Tata Nexon and Maruti Suzuki Vitara Brezza, the petrol variant has to take on well established competitors like the Ford EcoSport, which gets a torque convertor unit, as well as the recently launched Hyundai Venue with its hi-tech and segment-first 7-speed DCT gearbox. Stay tuned to ZigWheels for a first drive review and a detailed comparison review between these sub-4 metre automatic SUVs.