Mahindra Roxor Is Not The Thar, But Its Farm Cousin

No, it's not the Thar, but its cousin who lives in a farm! 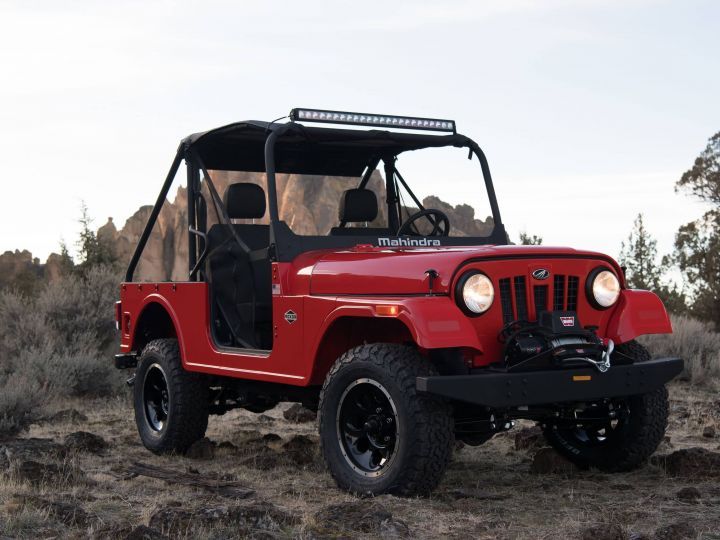 Mahindra has unveiled the Roxor off-road vehicle in North America. Made especially for that region, the Roxor is not a conventional personal vehicle but a side-by-side or utility vehicle which is non-street-legal in the US. So, though it looks like a conventional Thar, the two-seater Roxor is actually meant to compete with ATVs like the Polaris Ranger and the Honda Pioneer, both of which are farm vehicles. But, just how different is the Roxor from the Thar?

Brother From Another Country

It's not a coincidence that the Roxor looks quite similar to the Thar. Based on the same platform, the Roxor has been given a proper off-road look in roughly the same dimensions as the Thar. But the Roxor has a 5-slat grille, not the 7-slat seen on the Indian Thar. This is because while Mahindra was licensed to sell the iconic 7-slat Willys in Asia, it does not hold the rights to it in the US. Other than that, the headlamp placement, bonnet, wheel arches and the rear loading area is quite similar. In pictures, it does look a bit awkward when compared to the car it is essentially based on, but when you compare the two, they are actually quite similar in size. It does look a bit awkward due to the fact that since this is not a road-legal vehicle, the Roxor does not get a windscreen and its rollover hoop is very tall. And because it is essentially an ATV, it gets nets for doors and a fabric sheet for a roof.

Mahindra has stuck to its roots to make the Roxor as solid as possible. Unlike the Retriever, which is an orthodox ATV, the Roxor gets leaf springs, a full steel body, a boxed steel frame and the trusted 2.5-litre turbo diesel engine mated to a 4x4 low range gearbox. All of the above-mentioned parts have been borrowed from the Thar.

Moving to the specifics, the engine is a 2.5-litre, 4-cylinder turbodiesel which produces 62PS @ 3200rpm and 195Nm @ 1400-2200rpm. Paired with this motor is a 5-speed manual transmission with a 2-speed transfer case sending power to all four wheels. The top speed of the Roxor  has been limited to 72kmph as it is only meant to be driven off the road. The engine of the Roxor gives it a huge advantage over its ATV rivals because where they are usually powered by a two cylinder motor, the Mahindra has four pots.

The Roxor is a no-nonsense off-road vehicle. As it does not have to comply with road-legal norms, which add weight to the design in the form of the windsheild, bumpers and interior comfort and safety features, the Roxor is lighter and has a higher ground clearance than the Thar.

Not only that, with virtually no bumpers, there is hardly any overhang, and this gives the Roxor very aggressive approach and departure angles, making it capable of virtually going over any obstacle. And with an all-metal body and leaf springs underneath, the Roxor is quite indestructible, a trait that the Thar is well-known for.

It's Not For Us, Just US

The Roxor has been conceived, designed, engineered and produced in Metro Detroit by Mahindra Automotive North America (MANA). The base price of the Roxor starts from USD 15,499.00, which is close to Rs 10 lakh. But, with a tonne of customisation options available, limited editions and over 900 paint options, the prices go up considerably. Personalisation options include different type of seats, mirrors, light bars, roofs, audio systems and even grab rails.

For the Roxor, Mahindra has even set up a new Powersports dealer network that  will run parallel to its usual dealers. This move will help Mahindra cater to the more lifestyle-oriented buyers. The Roxor will be the first vehicle to roll off from the its facility in Michigan and will be launched officially in a couple of months.

Well, because we already have the Thar.