2020 Mahindra Thar Spied In India: 5 Things We Know So Far 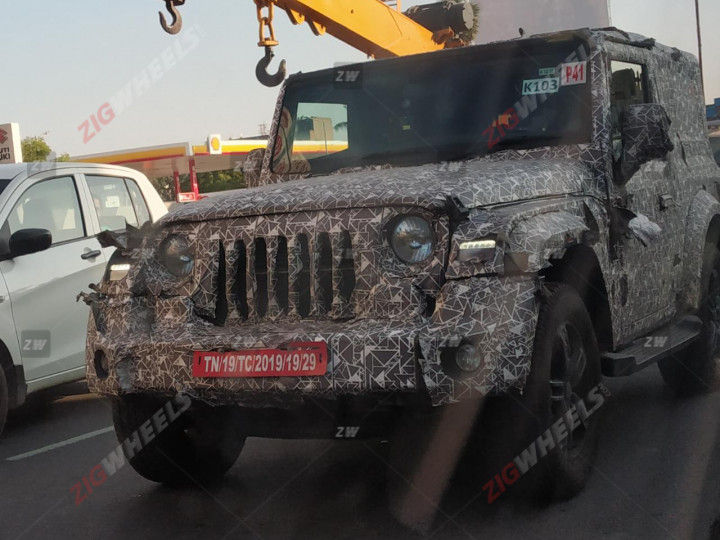 The 2020 Mahindra Thar continues to attract the automotive paparazzi as we have yet again received fresh spy shots of the upcoming SUV. The second generation Thar has is larger than ever before and will also feature a modern interior. It’ll be powered by BS6-compliant petrol and diesel engines and even offer the option of an automatic transmission. Here are five things you need to know about the upcoming SUV:

The 2020 Thar looks very similar to the current model. It retains traditional elements like the upright silhouette, seven-slat grille as well as the round headlamps. It also gets modern elements like new LED DRLs and LED tail lamps. The Thar has also grown in almost every single dimension. And complementing it further are the flared wheel arches which are nicely filled by five-spoke alloy wheels which could possibly be 17-inchers.

Even though the new Thar’s dashboard looks similar to the first-gen model, it now looks a whole lot more modern thanks to elements like a touchscreen infotainment system and an updated instrument console. It also comes with an updated steering wheel and stalks.

The 2020 Mahindra Thar could be powered by two engine options: a 2.0-litre diesel and 2.0-litre petrol unit. The diesel engine could develop 140PS and 320Nm while the petrol motor could put out 190PS and 380Nm.We expect both powertrains to be offered with all-wheel-drive and low range transfer case to satisfy offroad junkies. Mahindra could also offer the petrol Thar with an automatic gearbox while the diesel model will come with a 6-speed manual.

Considering the hefty upgrades, we expect the 2020 Mahindra Thar to start well above the Rs 10 lakh mark (ex-showroom). It’s expected to hit showrooms by mid-2020. Once launched, the Thar will lock horns with the Force Gurkha and the upcoming Maruti Suzuki Jimny.