Mahindra Pulls The Plug On Thar DI In India 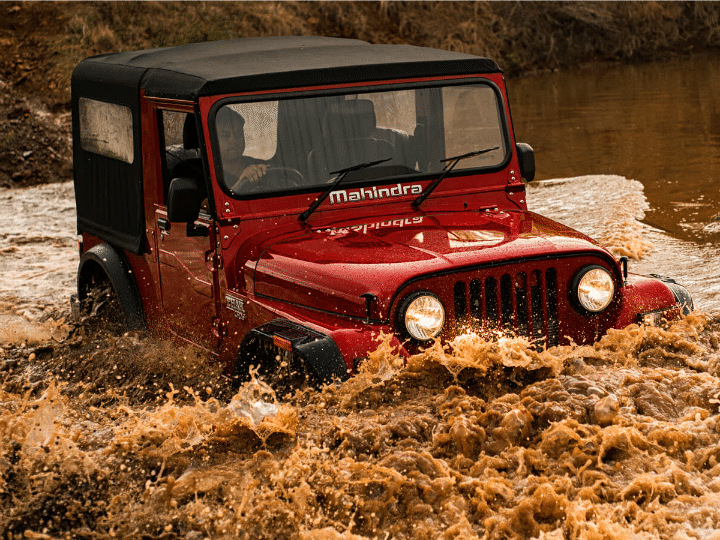 The poor man’s Wrangler in India, the Mahindra Thar has been around since nine years now. Popular among the crowd for its go-anywhere capability and versatility, the Thar has made its way into various homes and belongs to a very niche but desirable segment. In a recent turn of events, Mahindra has now discontinued the Thar DI lineup in India as a result of it failing to comply with the minimum standards for crashworthiness. This doesn't come as a surprise, as the SUV was a rather barebones variant and lacked basic safety kit including airbags, ABS and EBD.

The Thar, in India, used to be offered with two engine options. The 2.5-litre DI, which is now discontinued, made 63PS and 195Nm of torque, and was available in both 2WD and 4WD variants. The Thar currently is left with only the 2.5-litre CRDe engine. The CRDe unit churns out a healthy 105PS and 247Nm of torque and comes standard with a 4WD system.

Mahindra, meanwhile, has shared its extensive future plan and the decision to shift from BS4 to BS6-compliant engines. Expected to debut at the 2020 Auto Expo, the latest iteration of the Thar is also being tested. In fact, it has already been spotted a couple of times in India. Not only will the new Thar comply with the new safety norms, it will also come with BS6-compliant diesel engines and a new platform. In between, the Thar will also get a signature edition christened Thar 700. As the name suggests the SUV will be limited to only 700 units. Currently, the Thar is priced from Rs 6.83 - 9.60 lakh (ex-showroom, Delhi) and faces competition from the Force Gurkha Extreme.

Recommended Read:
A Brief Look Back At The Various Generations Of The Supercar-Smoking BMW M5
The Ferrari SF90 Stradale Is A 1000PS Hybrid Beast!