Being co-developed for India and export markets, the new mid-size SUV could be sold as the next-gen XUV500 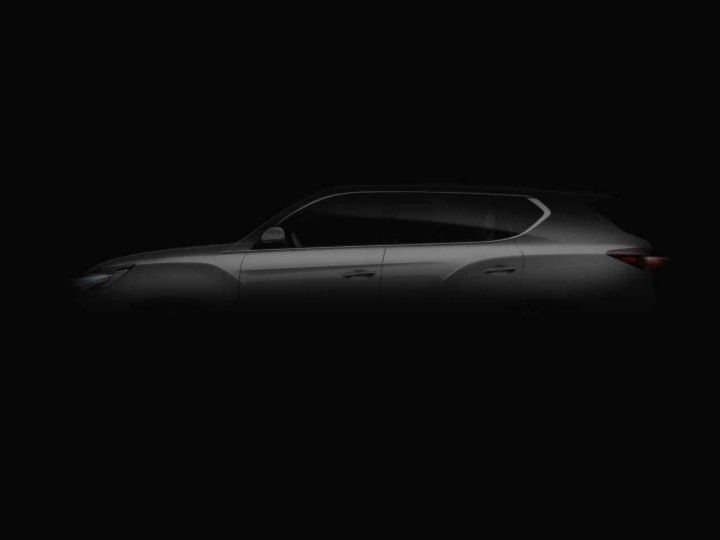 Homegrown automaker Mahindra and Ford India have confirmed that an all-new mid-size SUV, co-developed by the two, will be launched in the country to take on the likes of Jeep Compass, Tata Harrier and the upcoming MG Hector. The news comes hot on the heels of reports of the two automakers entering into a new joint venture for launching the co-developed cars in India. While the JV is still under negotiation, it will help strengthen the presence of the two carmakers in the country.
According to a joint press release shared by Mahindra and Ford, the all-new mid-size SUV will be based on a Mahindra platform and will also utilise next-gen powertrains developed in-house by Mahindra. While it is still early days, the all-new SUV could come in as a replacement for the current gen XUV500 in India.

Ford and Mahindra have been in partnership since 2017 for mobility, electrification and product development in India. Here’s what the two carmakers had to say about the recent announcement.

Mahindra Group and Ford Motor Company today took the next step in strengthening their ongoing strategic alliance in India with a definitive agreement to co-develop a midsize sports utility vehicle (SUV). Under the new agreement, Mahindra and Ford will work together to introduce a benchmark product for India and emerging markets.

The new agreement reinforces the steady progress made since the announcement of the strategic alliance between the two companies in September 2017, followed by an announcement on powertrain sharing and connected car solutions in October 2018. The new midsize sports utility vehicle (C-SUV) will have a common Mahindra product platform and powertrain, thus driving engineering and commercial efficiencies.

Dr Pawan Goenka, Managing Director, M&M Ltd. said, “I am happy with the significant progress we have made and synergies we have created since the announcement of our strategic alliance with Ford in 2017. Today’s announcement is another significant step in the collaboration between our two companies. Having identified several areas for joint development, both companies will continue to work together to develop products using common product
platforms. This will reduce product development costs and gain economies of scale for both companies.”
“With today’s announcement, we not only strengthen our ongoing partnership with Mahindra but also sharpen our competitiveness in an important emerging market like India,” said Jim Farley, president of Ford New Businesses, Technology & Strategy. “Ford’s technological leadership
combined with Mahindra’s successful operating model and product prowess will surely help us deliver a vehicle that will meet the expectations of customers in India as well as other emerging markets.”

The strategic alliance between the two companies is focused on leveraging the benefits of both companies -- Ford’s global reach and expertise and Mahindra’s scale and successful operating model in India. Teams from both companies continue to collaborate on all areas of mutual
interest including electrification, distribution and product development. Earlier this fiscal year, the alliance signed an agreement with Mahindra Group to develop and supply a low-displacement petrol engine for use in Ford’s present and future vehicles, beginning in 2020. Mahindra and Ford also announced joint development of a telematics control unit.

Mahindra has led the utility vehicles segment in India for the past seven decades. The spirit of ingenuity has driven Mahindra to be amongst the few global companies pioneering the development of clean and affordable technology with a portfolio of electric vehicles
commercially available in India. Expanding its global presence, Mahindra owns a majority stake in Ssangyong Motor Company in Korea, and it has entered into the shared mobility space with investments in ridesharing platforms in the U.S. and is developing products like the GenZe – the world’s first electric connected scooter.

Ford was among the first global automakers to enter India in 1995. Now one of the largest exporters of cars from the country, Ford manufactures and exports vehicles and engines from its manufacturing facilities in Chennai, Tamil Nadu and Sanand, Gujarat. India is also the
second-largest Ford employee base globally, with more than 14,000 people working across the Ford India or Global Business Services operations in New Delhi, Chennai and Coimbatore.