Mahindra has launched a new base variant of its popular XUV500 to lower the entry point for the mid-size SUV in India. We pitch it against its closest rival, the Harrier XE 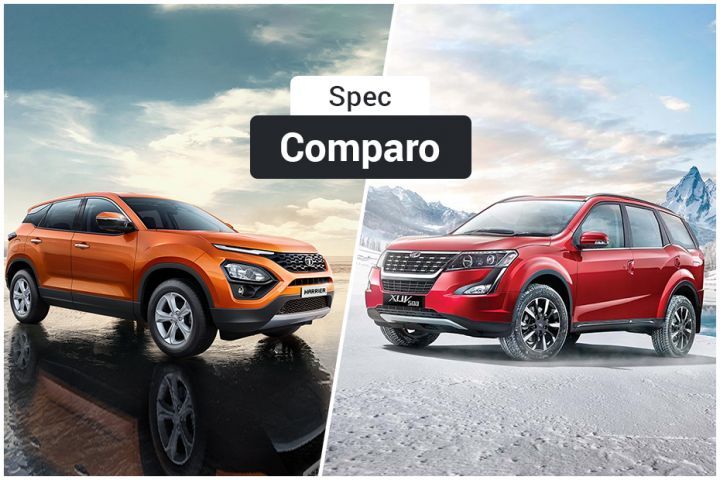 The Mahindra XUV500 is one of the most popular mid-size SUVs in the country. With a price tag of Rs 12.81 lakh (ex-showroom Mumbai) for the W5 variant, the XUV500 is known for offering immense value for money. However, with a new rival in the form of the Tata Harrier, the Mahindra XUV500 has started to show its age a bit. A starting price of Rs 12.70 lakh for the base-spec Tata Harrier XE variant hasn’t helped things either. To counter the Tata offering, Mahindra has now launched a pared down version of the XUV500. Called the XUV500 W3, it is priced at Rs 12.23 lakh (ex-showroom Mumbai), making it around Rs 47,000 more affordable than the Tata. However, is it enough to woo Indian car buyers? Let’s find out.

It must be mentioned that both SUVs are relatively similar is size. However, despite its shorter length, the Mahindra XUV500 manages to pack an additional row of seats to qualify as a seven-seater. While the Harrier is a five-seater, Tata is working on a seven-seater version which was displayed as the Buzzard at the recently held 2019 Geneva Motor Show. It must be mentioned that Harrier’s base variant comes equipped with 16-inch wheels that look quite small on an SUV of its size.

Both SUVs are offered with dual-barrel projector headlamps. But that’s where the similarities end. As far as features are concerned, it’s either a hit or miss in both SUVs. The Harrier XE gets DRLs, albeit with halogen bulbs, and wheel caps. However, it misses out on body coloured door handles and ORVMs, and lacks roof rails as well. It's vice-versa with the Mahindra.

On the inside, common features on both SUVs include central locking, fabric upholstery, air conditioner with HVAC, rear AC vents and power windows at the front and rear. But the Mahindra trumps the Tata by offering features like remote central locking, a height adjustable driver seat, rear defogger and power adjustable mirrors. While the Tata misses out on a height adjustable driver seat which is a crucial feature since it gives you a lot more flexibility, it gets telescopic adjustment for the steering wheel, which is not available in the XUV500. Both SUVs don’t get infotainment system and you need to rely on aftermarket options or the ones offered as official accessories from their respective carmakers.

The Mahindra’s bigger engine produces 17PS of power and 10Nm of torque more than the Tata. Both SUVs employ a 6-speed manual transmission. But the Mahindra can be had with an automatic gearbox in its higher variants, while the same cannot be said about the Tata. It must be noted that Tata is also working on an automatic variant for the Harrier. This variant will employ a Hyundai sourced 6-speed torque converter for clutchless shifts.

Yes, this is a fun one. Choosing a car is easy, but choosing the colour is tough thanks to the various options available. If you pick the Harrier, your choice is limited to the Orcus White option which looks pretty good in our opinion. As for the Mahindra, it can be had in Pearl White colour as well as five other options.

While both the XUV500 W3 and the Harrier XE are heavily trimmed down versions of the two popular SUVs, pick these variants if you are limited by a tight budget. The Tata Harrier XE is the newer SUV here. It is underpinned by a new platform and is a spacious and comfortable five-seater that also boasts of great road presence. The XUV500, on the other hand, is an older model, but in true Mahindra fashion, it is more feature loaded than its rival. It even has a more powerful engine and packs seven seats in the same footprint as the Harrier. Also considering the fact that the XUV500 is Rs 47,000 cheaper than the Harrier, the all new W3 variant does make a strong case for itself when it comes to sheer value for money.