There's A New BS6 XUV500 Coming, And It's Just Been Spotted Testing

The BS6-compliant SUV will use the new 2.0-litre diesel and petrol engines currently under development 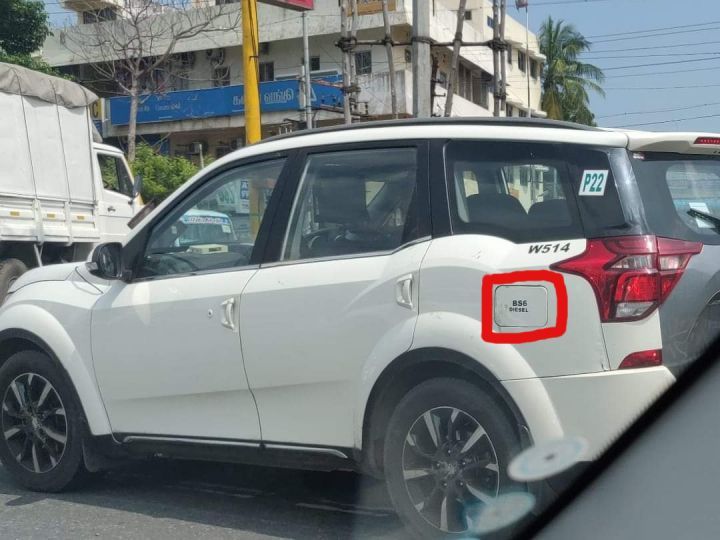 The Mahindra XUV500 has aged gracefully in its segment and still remains a popular buy despite stiff competition from the MG Hector. But we must admit it could do with an update. While Mahindra has started working on the second-generation XUV500 that’s expected to debut at Auto Expo 2020, a BS6-compliant version of the existing model has been spied testing in Chennai, India. Mahindra has also started road testing other models for BS6 emission norms and we have spotted the Alturas G4 as well as the 2020 Thar undergoing emission testing. Its rugged Bolero is also certified BS6-ready. So here’s how things could differ in the BS6-compliant XUV500.

The test mule spied here could be fitted with Mahindra’s upcoming diesel engine, a BS6-compliant 2.0-litre unit. It will be powering a whole host of upcoming Mahindras, including the next-gen XUV500, 2020 Thar and the next-gen Scorpio. The 2.0-litre diesel engine is expected to be available in different states of tune depending on the model. Currently, the XUV500 comes with a 2.2-litre mHAWK diesel engine that develops 155PS of power and 360Nm of torque. We expect the XUV500’s 2.0-litre engine to develop similar or more power than the larger unit.

Meanwhile, Mahindra has started road testing the next-gen XUV500, as evidenced by spy pictures.  It now has an upright design while typical Mahindra design elements like the 7-slat grille are still present. Inside, the upcoming model is expected to borrow design elements from its equivalent Ssangyong cousin, the Korando. Expect it to be loaded to the gills with features like dual-zone climate control, powered tailgate, panoramic sunroof as well as ventilated and powered seats.

The next-gen XUV500 is expected to make its official debut at the Auto Expo 2020. Naturally, expect prices to go up over the current model which is priced from Rs 12.31 lakh (ex-showroom Delhi). The upcoming model will rekindle its rivalry with the MG Hector, Tata Harrier, Hyundai Creta and the Kia Seltos.