Which automatic SUV is more fun-to-drive and doesn’t give you a heartache while refuelling? 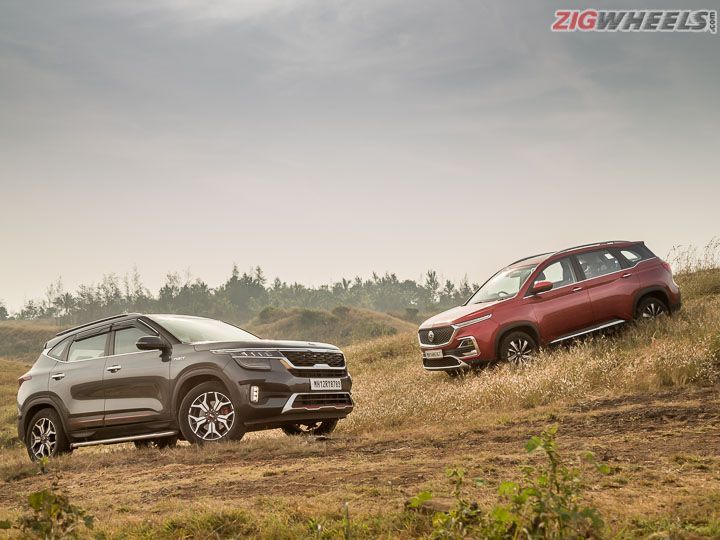 Earlier, we had compared the turbo-petrol manual variants of the Kia Seltos and MG Hector for their performance and fuel efficiency. In that test, the Kia Seltos emerged as the winner. However, most midsize SUV buyers prefer automatic variants. So we tested the turbo-petrol automatic variants of the two SUVs. Both SUVs develop similar amount of power and come mated to a dual-clutch transmission. Does it translate to a similar experience behind the wheel? Also, which SUV requires frequent visits to the fuel pump?  We tested both models extensively to find out.

Clearly, the Kia Seltos, with its free revving T-GDI engine, is the better SUV if you intend to have some fun behind the wheel. It does the 0-100kmph run in 9.51 seconds while the 20-80kmph run is covered in 5.47 seconds in kickdown modes. These figures are very impressive for a midsize SUV if you intend to cover ground quickly.

Unfortunately, we got to sample the Hector during wet road conditions and this meant we couldn’t get an accurate time. We’ll definitely update this report once we get to test the Hector DCT on dry conditions. The Hector DCT did the 0-100kmph run in 13.79 seconds, which is around four seconds slower than the Seltos. During kickdown mode, the Hector did the 20-80kmph run in 8.55 seconds, which is quite decent for a big SUV. However, the Hector’s DCT unit lags a bit and takes a while to shift down gears. This means overtaking needs to be planned appropriately.

In terms of fuel efficiency, the Kia Seltos beats the Hector by a considerable margin. It returns 11.42kmpl in the city, which is 2.81kmpl better than the MG while the highway figure sees the gap increasing by a staggering 5.08kmpl.

The Seltos’ free revving engine and responsive DCT result in it being the more fun-to-drive vehicle in this test. That said, the Hector isn’t exactly slow as we got to sample it in the wet. However, the lacklustre gearbox means an average driving experience. Also, the Hector is not as fuel efficient as the Seltos, which offers an overall balance between performance and fuel efficiency.