We take a not-so-serious look at the booking numbers of the Venue and see what that means for the upcoming rivalry with the Brezza for the sub-four-metre SUV crown in India! 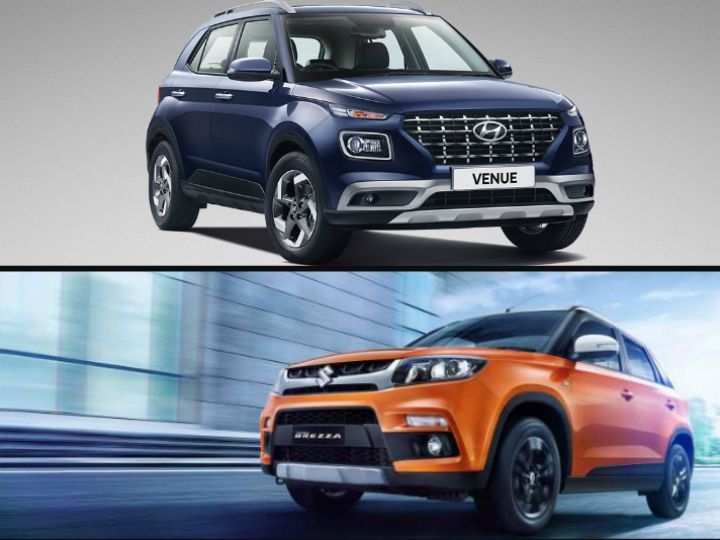 A sub-4 metre SUV rivalry is sparking off! With its plethora of features, a wide range of engines and an all-new in-house developed DCT gearbox, the Hyundai Venue is shaping up to be a worthy rival to the Maruti Vitara Brezza.

Both the sub-4-metre SUVs will slug it out for the top spot when the Venue makes its public debut on May 21. But the fight for the crown has already begun, with Hyundai opening official bookings for the Venue on May 2.

Just a day after, Hyundai has said that it has received 2000 bookings for the Venue and that too in 24 hours! That’s spectacular since bookings have always been considered a reflection of interest among prospective buyers. Hyundai appears to be elated for obvious reasons and claims this feat to be a ‘record’ of sorts. Let the one-upmanship begin...

A quick look at our archives reveals that segment leader Vitara Brezza had done one better (rather 600 better) than the Venue, when it racked up over 2600 bookings in a single day! However, the country’s best-selling SUV had achieved this feat in March 2016 after its price was announced, which would have certainly spiked interest. The Brezza managed to sustain the strong initial momentum and recorded 25,000 bookings in a span of 10 days. Now we’ll look forward to further updates from Hyundai for Round 2! With the market slowing down, things are tougher for the Venue now, so, we are hoping that Hyundai swings a killer price tag to help the Venue blast off the blocks.

Of course, the Brezza was introduced at a time when the sub-4 metre SUV segment had only one other major player in the form of the Ford EcoSport. The Venue, though, has to contend with an overcrowded market which, apart from the Brezza, has the Tata Nexon, the new XUV300 and the Ford EcoSport. Seen in that light, the Venue’s latest feat is commendable as it is taking on already well-established players.

So the Venue does have its task cut out if it has to dethrone the Vitara Brezza in India. But Hyundai has left no stone unturned to prep the Venue for this battle. It’s the first India-made connected SUV with an embedded SIM and cloud support. It also gets a unique combination of petrol and diesel powertrains, along with a segment exclusive DCT gearbox, and with its mini Creta-like looks, not to mention a sunroof, there is a lot going for the Venue against the Vitara Brezza, which is beginning to feel a bit inadequate.

What remains the most crucial aspect for the Venue’s success is its pricing. The latest Hyundai is expected to be priced between Rs 7.20 lakh and Rs 12 lakh (ex-showroom). On the other hand, the Vitara Brezza retails at an aggressive Rs 7.68 to Rs 10.65 lakh (ex-showroom Delhi). What’s more, you also get a diesel for that price! However, the Venue is expected to be a more premium and feature-loaded offering. The biggest battle for the country’s best sub-4-metre SUV has begun, and we’ll keep you posted on how this shapes up in the next few months. So stay tuned to Zigwheels.