Maruti Suzuki had launched the eagerly awaited Vitara Brezza just yesterday and it has already received around 2,600 bookings in mere 24 hours 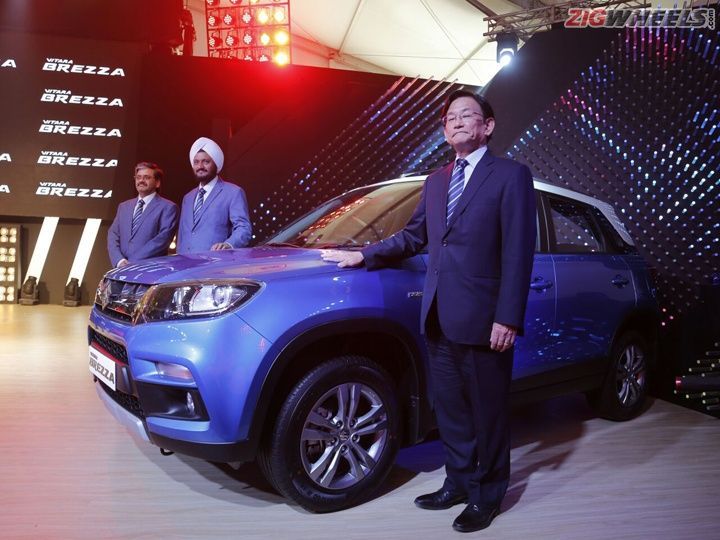 Maruti Suzuki is off to a great start with the launch of the Vitara Brezza which took place yesterday. Just 24 hours into its launch the car has already received around 2,600 bookings. The Vitara Brezza is the first offering from Maruti Suzuki in compact SUV class. Launched at a starting price of Rs 6.99 lakh (ex-showroom, Delhi) for the base variant, the Vitara Brezza will take on other sub 4-metre SUVs like Mahindra TUV300 and the Ford EcoSport.

Maruti Suzuki has launched the Vitara Brezza in six different variants namely LDi, LDi (O), VDi, VDi (O), ZDi and ZDi+. Powering the compact SUV is the trusted 1.3-litre DDiS 200 engine which belts out 90PS of max power and 200Nm of peak torque which is coupled to the 5-speed manual transmission. Currently the Vitara Brezza comes powered with only a diesel motor for India. However, Maruti Suzuki will also be manufacturing petrol variants of the Vitara Brezza, but are presently restricted to exports only.

The surprising number of booking received in such a short span could possibly prove the Vitara Brezza to be a lucrative product for the Manesar-based manufacturer. Unveiled for the first time at the 2016 Auto Expo, the Vitara Brezza has been closely watched by automotive journo and aspiring buyers across the nation. Deliveries for the Vitara Brezza will commence on March 21.