The new i20 looks considerably sportier than the second-gen i20, which looks ‘Elite.’ Take a good look at it in our image gallery 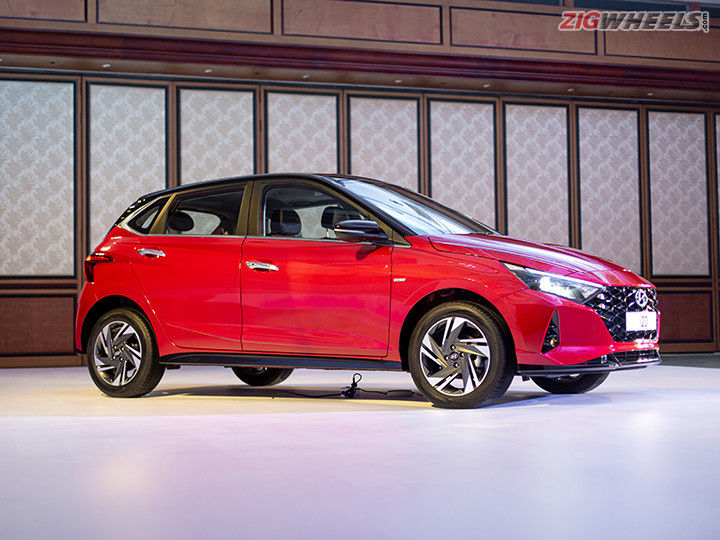 The new Hyundai i20 has been launched in the country at Rs 6.80 lakh (ex-showroom). The third-gen hatchback follows Hyundai’s Sensuous Sportiness design language and looks considerably different from the ‘Elite’ i20. Swipe down through our detailed exterior image gallery to have a good look.

The i20 is quite a looker. It’s smartly styled and Hyundai hasn’t gone overboard with its design like it did with the recently launched Creta.

The front-end is largely dominated by Hyundai’s cascading grille. The diamond pattern gloss black grille you see here is limited to the Turbo-petrol variants, which get a small red ‘Turbo’ badge.

The i20 gets LED projector headlamps for the first time. Below it sits the halogen projector fog lamps in a triangular housing.

The main highlight on the side profile are the two creases that flow down from either ends.

It gets dual-tone colours, which are not limited to the roof but to the ORVMs as well.

The 16-inch 5-split-spoke dual-tone alloys fill the arches nicely and give it a nice stance.

The rear spoiler sits flush and adds to the sportier design of the car.

The i20’s three quarter is reminiscent of its closest rival, the Altroz.

Swanky LED tail lamps are connected by a sleek chrome strip. This is an India-specific mod as the Euro-spec model gets a red strip. We like the latter more.

A black plastic on the tailgate is present to break visual mass. Seems to be inspired from the Tata Altroz?

No Elite, Embera, Classic or Nios here. The third-gen i20 will just be called the… i20!

The i20 is offered with a choice of eight shades: white, silver, grey, red, dark blue, copper, white/black, and red/black.

It’s offered with three engines: a 1.2-litre petrol engine, a 1.5-litre manual and a 1.0-litre turbo-petrol engine. All get their own unique transmissions. Read about it in detail in our first look report.

The Hyundai i20’s prime rivals are the Tata Altroz; Maruti Suzuki Baleno; its badge engineered cousin, the Toyota Glanza; and the Honda Jazz.