The Sportier i20 N Line In India? Spy Shots Hint At A Possibility

The N Line trim sold abroad, adds sporty cosmetics and minor tweaks to the standard i20 under the skin 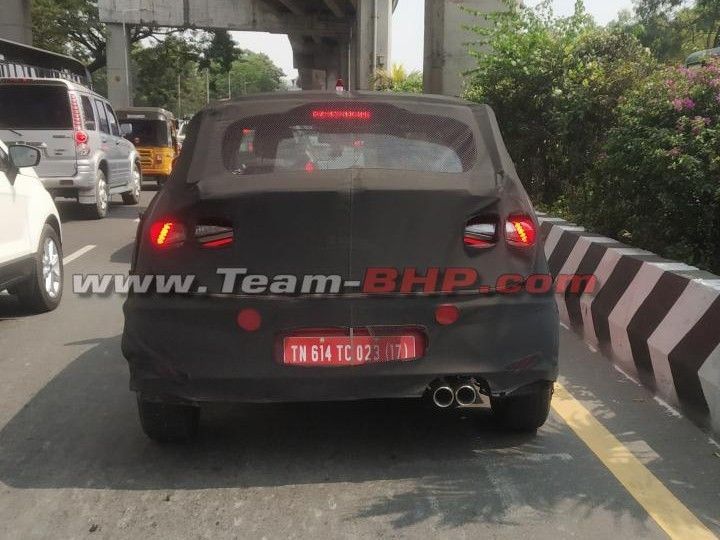 The Indian market currently has the third-generation of the Hyundai i20 premium hatchback which was launched back in November 2020. But in markets abroad, the i20 is also offered in the performance focused ‘N’ range. Well it looks like an ‘N’ branded i20 might be on the cards for India as a test mule was just spotted in the country. But which ‘N’ branded i20 is it?

While the test mule had heavy camouflage, there are some clues that reveal what’s changed. The alloy wheel design and chrome twin-exhaust mufflers resemble the ones in the i20 N Line. Keep in mind, that the N Line sold abroad has changes that are mostly cosmetic and not as hardcore as the i20 N. The other styling differences include a chequered-flag like front grille, and a sportier rear bumper.

The Euro-spec i20 N Line is pretty much identical to the standard model, aside from metal pedals, N Line badging all over and red accents. But the India-spec i20 already has all these bits aside from the N Line badge on offer. So expect just some minor tweaks in the upholstery. Also expect the features list to remain unchanged, such as a 10.25-inch touchscreen infotainment system  with Android Auto and Apple CarPlay, BlueLink connected car tech, an electric sunroof, ambient lighting, wireless charging, and a seven-speaker Bose sound system.

Under the hood, the India-spec i20 N Line is likely to only be offered with the 1.0-litre turbo-petrol engine, as is the case with its European counterpart. The difference in the N Line trim is that the suspension, engine response and exhaust note have been refined. So we can expect the same for the India-spec model. Like the standard model, the 6-speed iMT (clutchless manual) and 7-speed DCT transmission options will most likely be retained.

Hyundai currently retails the i20 hatchback at prices ranging from Rs 6.79 to Rs 11.32 lakh (ex-showroom). The N Line trim could make its way to the India-spec i20 later this year, and carry a premium of around half a lakh considering the upgrades on offer. It rivals the Maruti Suzuki Baleno, Toyota Glanza, Tata Altroz, Honda Jazz, and Volkswagen Polo