New i20 vs Rivals In Pictures: Altroz Edition

One has got the sporty looks and has more to offer, while the other imparts a premium experience at an affordable price

Hyundai recently launched the third-gen i20. The premium hatchback has already established its status at the top ranks of its segment, but newer entries like the Tata Altroz provide some stiff competition. So how does the new i20 fare against the youngblood Tata Altroz? Let’s take a look. 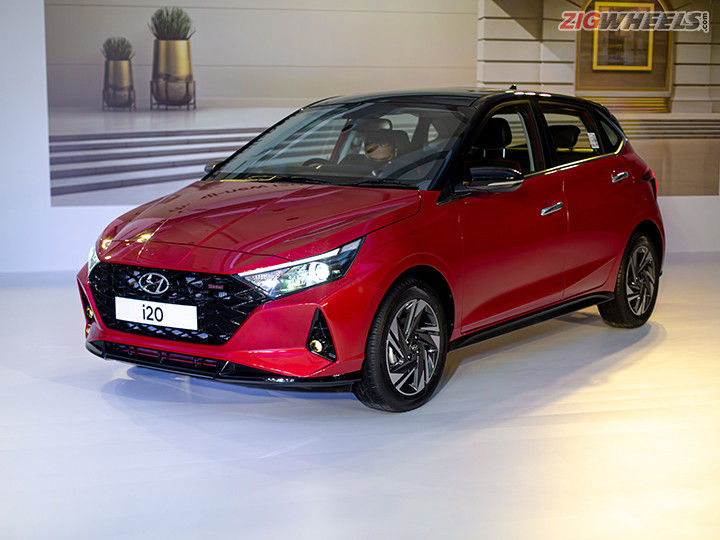 The new i20 gets some significant design upgrades which is evident from the large cascading grille up front and the overall sporty appearance. It gets a pair of chic LED headlights and a couple of sleek creases running along its side profile. It also gets LED tail lights which the Altroz misses out on. It borrows the uber-cool Starry Night colour option first seen in the Verna.

On the other hand, Tata has left behind its old-school design cues and given its lineup a massive upgrade starting with the Harrier and now the Altroz. The Altroz is not only affordable now but also more appealing to the eyes. Just look at the smile it gets up front and the contrast black paint and you’ll know exactly why. The Altroz already has some funky colours on offer, including a gold option. Tata is also planning to launch a stealth looking Dark edition like the Harrier.

Both hatchbacks also get dual-tone 16-inch alloy wheels although it's the Altroz which gets the cleaner looking set of donuts.

While both hatchbacks line up closely alongside each other in terms of size, the i20 is slightly longer and lower than the Altroz, and even has a bigger wheelbase. The i20 does lose out on practicality inside. It gets a smaller boot space with a capacity of 311 litres as compared to the Altroz’s 345 litres. Both hatchbacks feature adequate head room for 6 footers as well as sufficient knee room at the rear bench.

Both the hatchbacks get decent interiors, at a price range you can’t complain about. The i20 in its latest iteration sees an upgrade over its predecessor with better finishing and materials used inside. It gets two interior colour schemes, a black option with copper inserts and stitching as standard and a black interior with red inserts and red stitching option in the dual-tone variants. It also gets the option of premium leatherette seat covers.

The Altroz, meanwhile, sees Tata’s latest approach to fitting its latest cars with premium offerings at affordable prices. Comparatively, the Altroz gets a cleaner interior thanks to the practical layout and Tata’s tri-arrow design on the upholstery. The Altroz, however, comes in just one black interior colour scheme.

Tata’s newer offerings come with an impressive list of features, and the Altroz is no exception. It gets everything a car in its segment is supposed to have and more, from a sleek 3-spoked flat-bottomed steering wheel to a 7-inch floating infotainment system with Android Auto and Apple CarPlay. It even gets a 7-inch multi-info display in the instrument cluster and a streak of ambient lighting down the centre console, making it one of the most affordable cars to offer that feature.

The new i20 is a strong competitor in terms of features. It gets a 10.25-inch touchscreen infotainment system, a semi-digital instrument cluster (borrowed from the Verna), and a four-spoke steering wheel (borrowed from the Creta). It also gets high-end features like an air purifier, sunroof, 7-speaker Bose sound system, auto AC with rear AC vents, wireless charging, and connected car tech which enables controls like cabin pre-cooling. The list goes on but let's say the premium hatchback has outdone not just the Altroz but all of its competitors by borrowing features from segments higher up the ladder.

Both the hatchbacks get similar petrol and diesel engine options. The i20 gets an extra edge with the 1.0-litre turbo-petrol engine, but the Altroz is expected to get a turbo variant of its own this festive season. The i20 also gets more transmission options such as a CVT, 7-speed DCT, and a 6-speed clutchless manual iMT gearbox. The Altroz gets the bare basics with a standalone 5-speed manual gearbox.

Both the hatchbacks are worthy competitors in their own rights. If you want a premium experience you don’t mind digging into your pockets for, then the i20 is suitable for you. However, if you want the premium life but at a comparatively lesser price range, the Altroz has your back.