Watch How This KBC 2022 Contestant Won A Hyundai i20 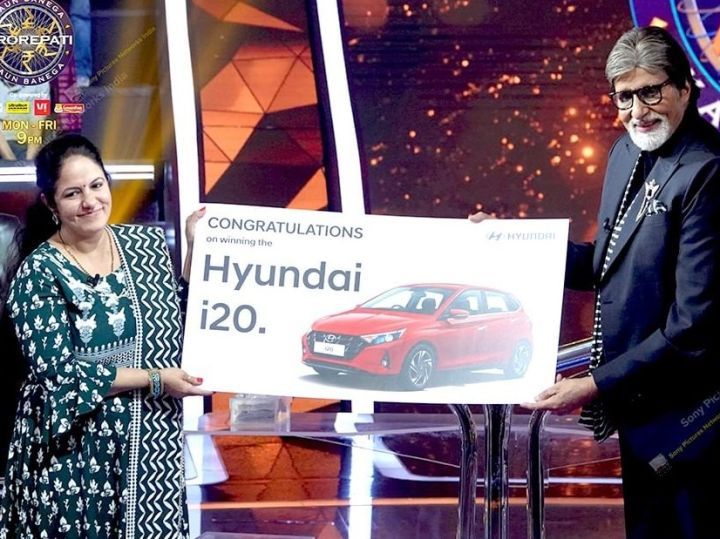 If you weren’t tuned into the telly last night, you might have missed the nail-biting moment that Kaun Banega Crorepati 2022 contestant Kavita Chawla won the evasive Rs 1 crore prize. In addition, she also received a brand-new Hyundai i20 hatchback for answering the question worth ten million rupees.

After answering the penultimate question, the contestant made a wise choice for the next question that could potentially have won her Rs 7.5 crore, but to which she didn’t know the answer.

Instead, she quit the game there and claimed her fair Rs 1 crore prize and a new car. That said, if she had managed to win as a fluke, she would have received a Hyundai Kona Electric instead of the i20.

We aren’t sure which variant of the hatchback Kavita received, but the top-spec i20 is offered with a choice of three engine options: a 1.2-litre naturally aspirated (NA) petrol, a 1-litre turbo-petrol and a 1.5-litre diesel unit. These engines are offered with an array of manual, clutchless manual, CVT and automatic transmissions.

The top-spec i20 is one of the most well-equipped hatchbacks in its segment, with features such as a sunroof, 10.25-inch infotainment screen, digital driver display, Hyundai Bluelink connected car tech, Bose sound system and ambient lighting. On the safety front, it gets six airbags, hill assist, TPMS and stability control (ESC and VSM).

The Hyundai i20 is a premium hatchback that retails between Rs 7.07 lakh and Rs 10.99 lakh (ex-showroom). It rivals the Maruti Baleno, Toyota Glanza and Tata Altroz.