Hyundai i20 Facelift In The Works, Spotted For First Time

This will be the first midlife update for Hyundai’s premium hatchback, which is expected to get cosmetic and feature enhancements 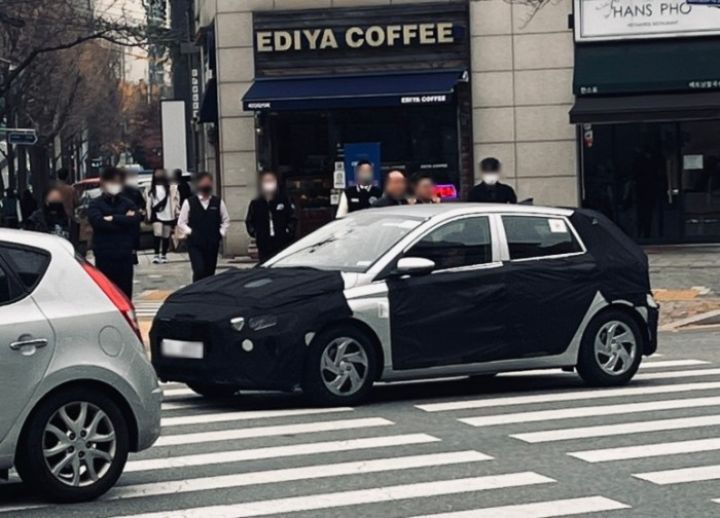 It looks like Hyundai has begun work on the facelifted i20 as spy shots of the hatch have surfaced online. This will be the first major update for Hyundai’s premium hatchback, which has been on sale in India since November 2020. Most of the updates will be focused on the car’s features and cosmetics, so let’s take a closer look.

The i20 is already a good-looking car to begin with and based on the spy shots, the cosmetic updates seem to be minor. At the front, the grille insert has been redesigned, while the bumper is likely to be tinkered to keep things fresh. In profile, new alloys (and plastic covers in lower trims) seem to be the only update. At the rear, the hatch could get an updated boot lid and bumper, as well as an LED strip connecting both tail lamps à la Venue.

The interior of the revised model is yet to be seen. However, the updates could be limited to probably a new colour scheme and refreshed upholstery. And in terms of features, the i20 could get new additions such as ventilated front seats and more connected features as well. Apart from that, most of the equipment from the current car, which is already well equipped, will be carried forward.

Going forward, the i20 might carry forward its existing 83PS, 1.2-litre petrol and 120PS, 1-litre turbo-petrol engine options. The 100PS 1.5-litre diesel engine might be axed due to low demand in its segment, which majorly consists of petrol-only models. The petrol engine gets a choice of a five-speed manual and CVT, while the turbo-petrol unit gets either a six-speed iMT (clutchless manual) or a seven-speed dual-clutch automatic.

The facelifted Hyundai i20 is expected to be launched in India by early 2024. It will most probably command a few extra bucks over the current model that is currently priced from Rs 7.07 lakh (ex-showroom). The updated i20 will renew its rivalry with the Tata Altroz, Maruti Suzuki Baleno, Toyota Glanza and Honda Jazz.