The IONIQ 5 will be based on the E-GMP platform, specifically built for Hyundai’s next generation of EVs 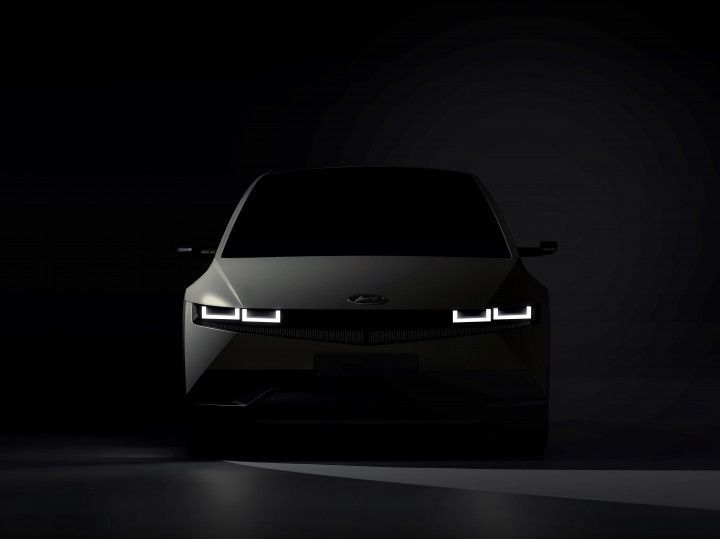 Hyundai has dropped the first teaser for its upcoming all-electric IONIQ 5. It will be the first of many models under Hyundai's IONIQ lineup, its next generation of battery-powered electric vehicles. A couple of teaser videos have also indicated what the IONIQ 5 has to offer in terms of technology and practicality.

The IONIQ 5 is based on the Electric-Global Modular Platform (E-GMP), Hyundai’s new platform specifically designed for the IONIQ EV range. The teaser reveals split LED headlamps, shaped in the form of pixels, and 20-inch alloy wheels. It gets a clamshell bonnet that minimises panel gaps.

Teaser videos of the IONIQ 5 highlight the various features offered on-board the EV. It is capable of providing general power supply (110/220V) through its Vehicle to Load (V2L) technology which allows the EV to power various electrical appliances. The IONIQ 5 also claims to offer a range of over 100km with just a 5-minute charge!

To build anticipation ahead of its debut in February 2021, Hyundai will continue to release more content, revealing more of the IONIQ 5’s capabilities on its website. With an aim to make its lineup more eco-friendly Hyundai has also developed a hydrogen-powered SUV called the Nexo, which could also make it to India.

Hyundai currently offers only one EV in India, the Kona Electric, which competes with the Tata Nexon EV and the MG ZS EV. It has an ARAI-claimed range of 452km and is priced from Rs 23.75 lakh to 23.94 lakh (ex-showroom). There is no official announcement yet on the IONIQ 5 heading to India.