Hyundai says that the SUV will hit showrooms in March 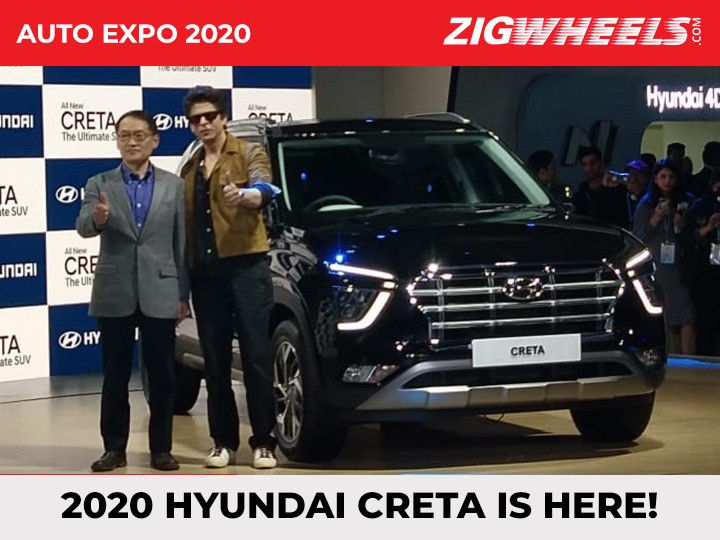 After a host of spy shots and a launch in China as the ix25, Hyundai has finally unveiled the exterior of the brand new Creta at Auto Expo 2020. Not only is it based on the same platform as the Kia Seltos, but it is also bigger and more spacious than its predecessor. It gets the Seltos' BS6 1.5-litre petrol and diesel engines as well as the coveted 1.4-litre turbo petrol. Once launched, the new Creta will take on mid-size SUVs such as the Tata Harrier, MG Hector, and the Mahindra XUV500.

On the outside, the next-gen Creta looks nearly identical to its Chinese counterpart aside from the upper chrome bar being omitted and instead add more chrome around the grille. It takes various design cues from the Venue such as a large grille with a split-headlamp setup and LED DRLs. Its overall silhouette looks similar to its predecessor, albeit with more rounded-off wheel arches and 17-inch machine-finished alloy wheels. The rear of the SUV also gets a split tail lamp setup like the headlamps as well as a new tailgate.

The Creta's interior was obscured at the unveiling event today. Hyundai has said that the car will be equipped with a panoramic sunroof and a Bluelink 1.5 connected car tech. Our spy shot shows that the India-spec Creta's dashboard is different from its Chinese cousin. Hyundai India's Creta gets a snazzier Audi-esque four-spoke steering wheel, different air vents, and a landscape-style infotainment screen. While the ix25's interior is minimalist, the Creta seems more traditional.

Like the Seltos,  the Creta will be available with BS6 1.5-litre petrol and diesel engines. The 1.5-litre petrol mill delivers 115PS and 144Nm, whereas the 1.5-litre diesel motor produces 115PS and 250Nm. A more powerful 140PS and 242Nm 1.4-litre turbo-petrol unit may be offered later. Both 1.5-litre engines are expected to be paired with a 6-speed manual transmission as standard with the option of CVT petrol and torque converter diesel automatics.

Hyundai says that it will launch the Creta in March 2020. It is likely to come at a premium over its predecessor with prices ranging from Rs 11 lakh to Rs 16 lakh (ex-showroom). Once launched, the Creta will take on the likes of the Kia Seltos, MG Hector, Tata Harrier, and Mahindra XUV500.