The upcoming Husqvarna 701 Vitpilen, which will make its global debut at 2017 EICMA Motorcycle Show in Italy later this year, has been spotted testing 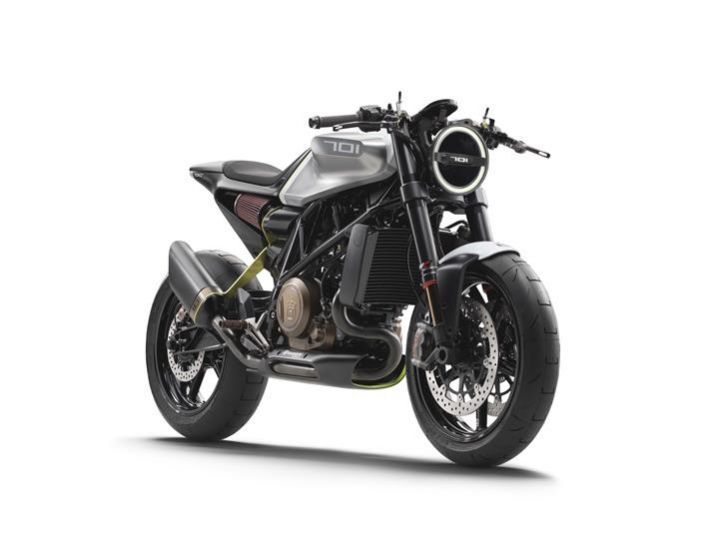 Ever since Husqvarna Motorcycles, known for its diverse range of motocross, enduro and supermoto machines, was acquired by KTM in 2013, the company has been preparing for its comeback into street motorcycling. It was in 2014 when the company that has Swedish origins showcased prototypes of the newly-developed 401 Vitpilen and 401 Svartpilen at the EICMA in Milan, Italy. These also happen to be the company’s first street motorcycles since the 1960s. The production-ready versions were then unveiled in 2016. Then came the 701 Vitpilen, the concept version of which was displayed in 2015. Since then, the bikes have come a long way in terms of styling.

So what is the 701 Vitpilen? The Vitpilen, when unveiled, was a cafe racer concept that seems to have finally taken shape. It will be powered by a KTM-sourced 690cc, single-cylinder motor that is expected to develop around 70PS of power and 70Nm of peak torque. The engine is bolted to a steel trellis frame, while the subframe is basically a self-supporting airbox. As seen on all KTM bikes, the suspension setup on the Vitpilen also comes from WP. Braking duties are taken care of by disc brakes on both ends that are equipped with dual-channel ABS.

Let's look at the new changes as opposed to the prototype seen earlier. To start with, the bike looks a lot closer to production as there are no bits of tape or brackets to be seen. Other clear indicators hinting that the bike is close to hitting the production line is the Husqvarna logo on the radiator side guards, the matte-black exhaust, the easily readable coolant window and the LED ring headlight. The single pod instrument cluster also seems to be ready.

Speaking of the most stylish part of the bike, it undoubtedly has to be the rear. The undertray looks smooth without much clutter, while the LED tail light is also neatly integrated. The rear seems to have been designed from a functional point of view as the pillion seat looks wide.

We’re expecting to see the Husqvarna 701 Vitpilen in its production ready state at the upcoming EICMA motorcycle show in November.