Honda City Base Variant Gets The Boot; Range Now Starts From SV

Since the launch of the refreshed Honda City in 2017, the S variant was only available with a petrol engine 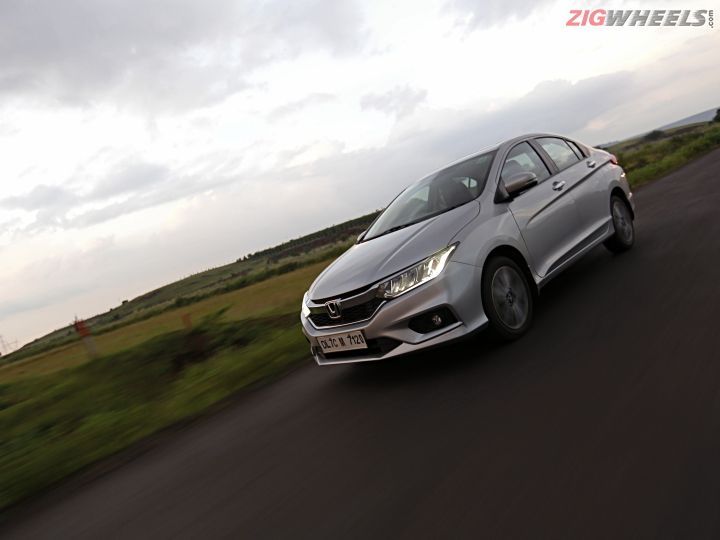 Honda has discontinued the most affordable variant of its C-segment sedan in India, the City S. Since the launch of the City facelift in 2017, the S variant was only available with a petrol engine, which came with basic features. The range now starts from the SV variant, the petrol version of which is at Rs 9.70 lakh while the diesel version is priced at Rs 11 lakh (both, ex-showroom Delhi). This is not the first change to the variant lineup since the launch of the facelift model in 2017. A few weeks ago, the top-spec petrol ZX variant, which was earlier only available with an automatic transmission, was given a manual option with a price tag of Rs 12.75 lakh. The current variant range of the Honda City is as mentioned below.

Compared to the S variant, the City SV gets features such as automatic climate control, rear AC vents, cruise control, power folding ORVMs, steering-mounted controls, front and rear armrest, and driver seat height adjust. These features command a premium of Rs 93,000 over the now-discontinued base variant.

Powering the Honda City is still the same set of 1.5-litre engines. The 1.5-litre, 4-cylinder petrol engine produces 119PS of power and 145Nm of torque, mated to a 5-speed manual or a CVT. The diesel engine churns out 100PS of power and 200Nm of peak torque and only comes with a 6-speed manual. If you are a keen driver, you would be happy to know that the Honda City petrol manual clocked a sub-10 second time in our 0-100kmph test. Not bad for a premium sedan! It even returned 13.86kmpl inside the city and 19.21kmpl on the highway!

It continues to rival the Maruti Suzuki Ciaz, Honda City, Toyota Yaris, Volkswagen Vento and the Skoda Rapid in the C-sedan segment.