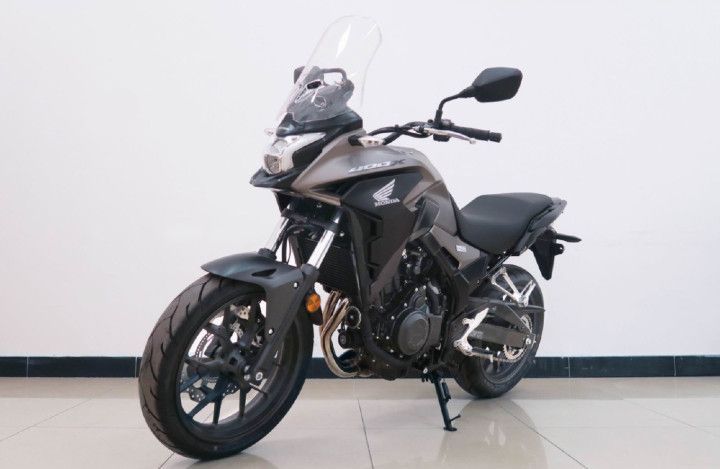 The CB500X made quite the noise in India a few weeks back when Honda launched it here with a prohibitively expensive price tag. While Honda offers ADV in many countries, China and Japan aren’t at the receiving end of that favour. Instead, both the countries, thanks to their licensing laws, get the smaller CB400X.

Another reason could be that the 400 is less intimidating than the 500. Hence, offering the CB400X in China, a country where large capacity ADVs are virtually non-existent, could be key to nudging them in the direction of the segment.

The 2021 CB400X for China is the same CB400X that Honda sells in Japan, with the same engine: a 399cc water-cooled DOHC inline parallel-twin that pumps out 46PS and 38Nm, mated to a 6-speed gearbox with an assist and slipper clutch.

On the features front, the CB400X gets LED headlights all around, an adjustable brake lever, Honda Ignition Security System and a reinforced handle lock mechanism. It also gets an LCD display with a gear position indicator, speedometer, odometer, fuel gauge, average fuel consumption and a shift indicator.

The CB400X is sprung on a conventional telescopic front fork and a preload-adjustable linked monoshock at the rear. Its braking hardware comprises a front and a rear disc with Nissin callipers. Dual-channel ABS comes standard. Supporting its ADV characteristics are 17-inch alloys wrapped in 120/70 front and 160/60 rear dual-purpose tyres.

While we are glad that Honda brought the CB500X to India, we cannot help but feel outraged by its exorbitant price tag, especially considering that it is an excellent tourer that anybody would be happy with were it not for the sticker shock.