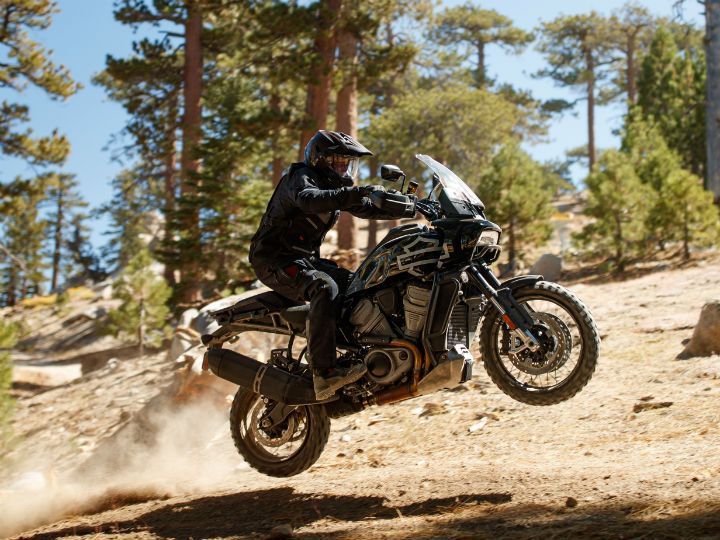 Known for its cruisers since the beginning of time, Harley-Davidson has finally bitten the bullet and gone along with the changing trends. The American bikemaker has showcased the Pan America at the 2019 EICMA and before you get all excited, let us clarify this is still the prototype model. Features in the production model may vary. However, the bike looks pretty close to production. The motorcycle is slated for launch in international markets in late-2020, so expect the ADV to enter our shores in 2021.

If you can recall, the manufacturer had revealed the prototype back in July 2018 and surprised everyone with the announcement of its new business direction (read diversify). It gets a brand new Revolution Max 1250cc 60-degree V-twin liquid-cooled, counterbalanced engine. And now, Harley has revealed the ballpark figures too. The bikemaker plans to extract more than 147PS of power and 122Nm of torque from its latest powerplant. Harley says the engine’s profile has been made narrow and it has been used as a stressed member in its chassis for a better centre of gravity and handling. It also claims the engine offers a broad powerband with healthy high-rpm power.

Harley hasn’t revealed anything more about the powertrain, but expect it to be paired with a 6-speed transmission. As you can see, the powertrain is linked to a chain final drive, which makes it the only bike in Harley’s current lineup to have one.

Harley says it has collaborated with Brembo to create a new 4-piston monoblock caliper up for optimum braking prowess. The brand has also used Michelin co-branded knobby tubeless tyres, which are wrapped on spoke rims. Suspension bits include inverted fork, which is likely to be adjustable, and a rear monoshock.