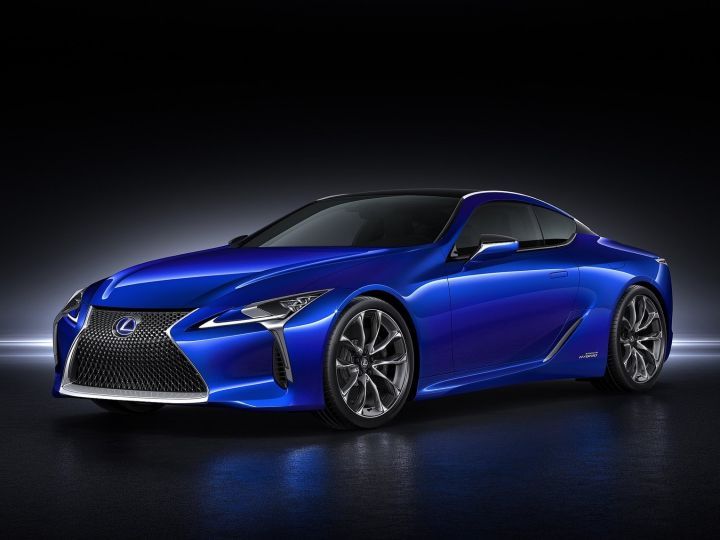 Back in 2010, Lexus boggled everyone’s mind by launching the now-iconic LFA. The supercar featured a shrieking V10 motor and showcased Lexus’ new design language. After manufacturing just 500 units of the LFA, the engineers at Lexus set about building yet another radical-looking car - the LC. Unlike the supercar, the LC is an outright GT car whose sole aim is to gobble up tarmac at a rapid pace while keeping its occupants cocooned in luxury. Three years after its global debut, Lexus has confirmed that it will be bringing the LC 500h, a hybrid version of the grand tourer, to India soon. We expect it to be showcased at the 2020 Auto Expo.

The Lexus LC comes in two main configurations -- LC 500 and LC 500h. While the LC 500 gets a naturally aspirated 5.0-litre V8 ahead of the cabin, the LC 500h (h for hybrid) makes use of a V6 that works in conjunction with two electric motors. The LC 500 with the glorious sounding V8 and the 10-speed automatic gearbox is the perfect recipe for a GT. But unfortunately,  Lexus India is only planning to bring the hybrid version to our shores.

Headline figures for the India-bound LC 500h include 300PS of power and 348Nm of torque from the 3.5-litre V6 engine. These figures might seem trivial in comparison to the V8 motor (471PS), but the twin electric motors jack up the output to 354PS. This power is sent to the rear wheels with the help of an electronically controlled Continuously Variable Transmission(CVT) paired with a four-speed automatic transmission.

The CVT surely sounds boring, but there is some interesting trickery with this transmission setup. In manual mode, the two gearboxes act together to provide the effect of 10 ratios, which can be selected via paddle shifters. All this results in a 0-100kmph time of 4.7 seconds. The top speed is limited to 250kmph.

The LC is basically Lexus exercising its engineering expertise. The sporty grand tourer is made in the same renowned Motomachi plant where the LFA was meticulously built. The LC feels like it travelled back in time from future and quite honestly, it looks like nothing else on the road.

Lexus has paid much attention to the little details with the LC’s exteriors and interiors featuring a mix and match of various shapes and materials, all leading to an odd yet gorgeous design. The cabin looks spectacular with the main party piece being the LFA-inspired digital rev counter.

Globally, the LC 500 competes with other grand tourers like the Aston Martin DB11 and the Bentley Continental GT. The LC 500h in India is expected to come with a sticker price tag of around Rs 1 crore to Rs 1.5 crore (ex-showroom) and will rival the upcoming BMW 8 Series.