The Ameo Cup car was a big step forward for VW Motorsport’s entry level touring car program. Sadly, after a three-year-long tenure, it is time to say goodbye 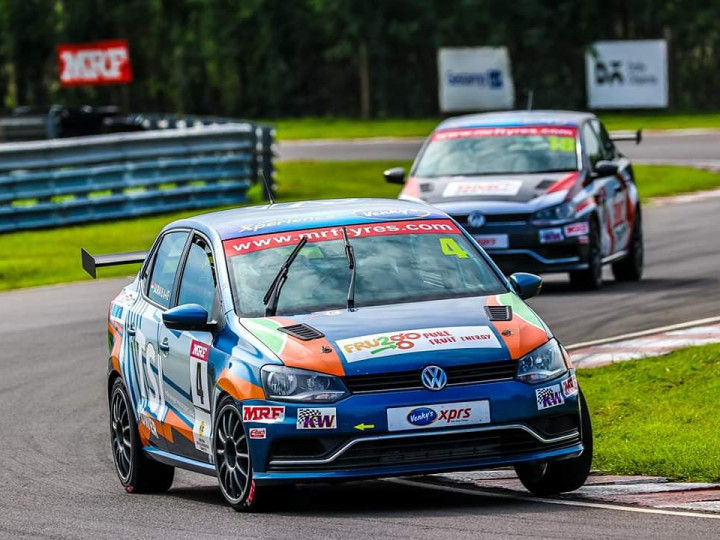 It was an emotional moment on February 16 at the Madras Motorsport Racetrack as Volkswagen Motorsport bid farewell to the Ameo Cup car. It did its final round of racing against the ITC Saloon class and Super stock saloon class.

A significant step forward for VW Motorsport India’s entry level touring car program, the Ameo Cup car garnered a reputation for being easy to get to grips with, something that endeared it with a lot of newcomers to the sport. The Ameo Cup, the continuation of the inaugural Polo Cup season, was a first step for motorsport aspirants in India. Plenty of newcomers got into racing via it.

“The Ameo Cup car is the first car to be developed in-house by Volkswagen MotorSport India. It took the team just six months to put the car together,” said Vissa. “The Ameo Cup car is known for its high reliability record when compared to an equivalent race car.”

The Ameo Cup car utilized VW’s tried and tested 1.8-litre TSI motor found in the Octavia and Superb. However, it came with a free flow air filter, a different exhaust setup and ECU. The engine produced 205PS, sent straight to the front wheels via a 6-speed sequential gearbox.

A host of mechanical updates make it quite different from your bog stock Ameo. For starters, the Ameo Cup car sits on MRF ZL.O race-spec 17-inch slicks that offer leech-like grip. The stock suspension has been replaced by Eibach springs that are lower and stiffer. Last but not the least, it gets upgraded brakes that now utilise bigger discs.

These upgrades do reflect on the track. Mr Vissa was kind enough to let me experience the car on a taxi ride. It was exhilarating, especially during braking as it was shedding massive speed in the blink of an eye. Further, the stiff suspension setup and the slick tyres allow you to push it to the limits on corners. We also got to drive the Ameo Cup car and you can watch our feature video right here.

The Ameo Cup car departs at a time when VW is ready to pull the plug on its road-going sibling. Sirish Vissa said, “It’s an emotional time for us and I’m lost for words. The Volkswagen Ameo Cup car is absolutely developed in-house. We’re doing things right and we need to do more to make sure whatever we build next, we’re raising the bar about what we had established.”

So what’s next for VW Motorsport India? It’s the revival for the Race Polo which recently made its debut at Auto Expo 2020. The Motorsport division has already started testing the hatchback around the MMRT. The VW Polo Cup utilises the basics of the Ameo Cup car, albeit with key upgrades. Though the 1.8-litre TSI engine has received a mere 5PS boost, it now gets a ‘push to pass’ feature which adds 20PS when activated. Then there is the reworked suspension and brake setup from Eibach and Pagid respectively.

So does the revised Polo Cup car make a strong first impression on the track? We got to talk to top officials from VW Motorsport and here’s what they had to say.