Volkswagen At Auto Expo 2020: All You Need To Know 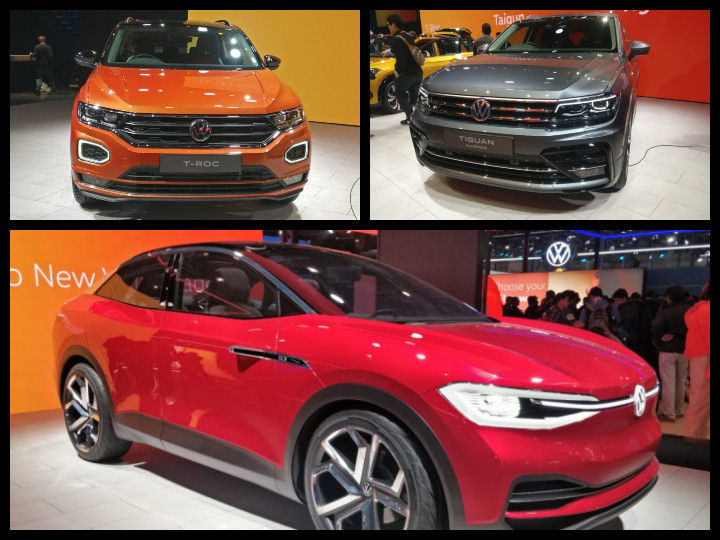 After skipping the last edition of India’s largest motor show, Volkswagen India made a comeback to Auto Expo with a bang. The German carmaker showcased four SUVs under its India 2.0 and SUVW strategy. We also got to see the unveiling of the Race Polo at the event. Here’s a closer look:

The recently unveiled Taigun, VW’s India 2.0 SUV, was showcased at Auto Expo 2020. It’ll be based on the localised MQB-A0-IN platform. The Taigun looks similar to the China-spec T-Cross inside-out. It’ll be offered with the 1.0-litre TSI motor that develops 115PS of power and 200Nm of torque. A more powerful 1.5-litre TSI engine is also on the cards for the SUV. Have a closer look at it here.

The Volkswagen T-ROC made its India debut at Auto Expo 2020. It’ll be Volkswagen’s answer to the Jeep Compass and upcoming Skoda Karoq. Bookings for Volkswagen’s upcoming SUV are already open ahead of its April 2020 launch. The T-ROC will come with a 150PS 1.5-litre TSI petrol engine, mated to a 7-speed DSG. The T-ROC will initially be brought via the CBU route. Prices are expected to start from Rs 20 lakh (ex-showroom).

The VW Tiguan Allspace, essentially a longer Tiguan, was revealed at the expo. It comes with a third row of seats for added practicality. The Tiguan Allspace will hit showrooms by March 2020. It’ll be offered with a 2.0-litre TSI engine developing 190PS of power and 320Nm of torque. It’ll also come with 4MOTION all-wheel drive tech and a 7-speed DSG option. Bookings for Volkswagen’s flagship SUV are open. Expect it to be priced from Rs 35 lakh (ex-showroom).

Volkswagen’s ID.Crozz made its India debut at Auto Expo 2020. It previews the design of the ID.4, VW’s upcoming electric SUV. The ID.Crozz is powered by twin electric motors developing 306PS of power. It maxes out at 180kmph and has an NEDC-claimed range of 500km. Have a closer look at VW’s electric concept SUV here.

Volkswagen also revived the race-spec Polo with a new and improved version at Auto Expo 2020. It will replace the Ameo Cup car. It gets a variety of tweaks such as a reworked roll cage to improve stiffness and handling, as well as a revalved suspension. Powering the Polo is a 1.8-litre TSI petrol mill producing 210PS and 320Nm, paired to a 6-speed sequential gearbox with paddle shift. The main talking point about the race-spec Polo is that it features a push-to-pass system to encourage overtaking. This system gives the Polo a 20hp boost to produce 230PS.

These are the Volkswagen cars which made it to Auto Expo 2020. Which VW car are you eagerly waiting for? Let us know in the comments below.