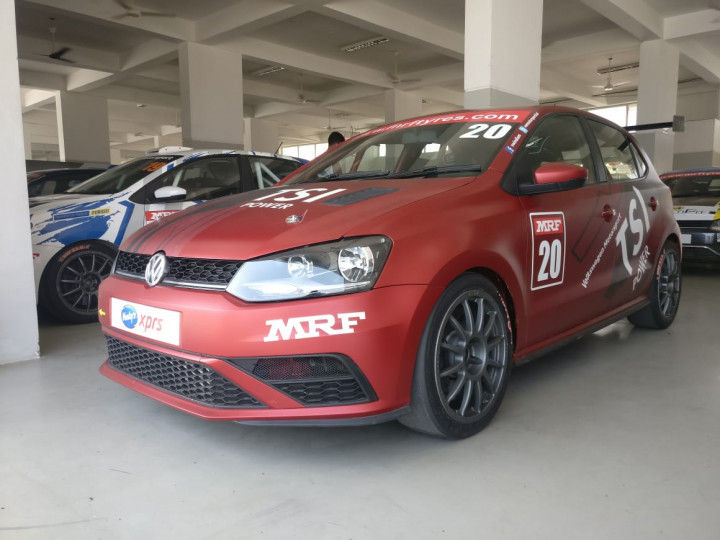 We at ZigWheels spoke to top officials from VW Motorsport India regarding its latest development and here's what they have to say about the Race Polo:

Sirish Vissa, head of Volkswagen Motorsport India, says “The Race Polo is currently running the same engine spec as the Ameo Cup car and is already quicker than the race-spec sub-4 metre sedan. The car is on its base line setup and we haven’t started working on the springs as we thought this would be a good starting point. We’re quite happy with it and it is more positive than the Ameo. It’s also more agile than the Ameo.”

Rayomand Banajee who has helped run VW Motorsport India’s one-make touring car series said, “I was really excited to track with this new car for the first time. First impressions were that it’s pretty similar to the Ameo. The extra bump in power is not noticeable easily. But it’s much more planted and stable on bumpy surfaces which could give more confidence for the drivers. And when questioned whether it’s faster than the Ameo Cup car, Rayo said it hasn’t been timed yet but that it feels faster than the Ameo Cup car. “Overall, in terms of power, the Race Polo car doesn’t see much improvement but in handling, it has seen a massive improvement,” he concluded.

Karthik Tharani, a former Polo R Cup champion and a national racing champion in single seater racing too, said, “In my opinion, the Polo has the most fun chassis and makes a good base for a race car. The Ameo Cup car was a capable machine and now with the smaller Polo and its suspension set up, it’s naturally a lot more dynamic. The Race Polo is also a little more powerful and with the push to pass feature, it will make for a really good racing experience. Overall, the first impressions are really really positive and VW has built the fastest touring car from their own stable”.

The Race Polo you see here is not the final-spec car. VW Motorsports division is hard at work testing the car with various different components to bring out the final version of the Race Polo car.

The Race Polo is the successor to the Ameo Cup car. Its basic specifications are essentially the same as the Ameo Cup car, albeit with key upgrades. The Race Polo is powered by the tried and tested 1.8-litre TSI motor uprated to develop 210PS of power. It comes with a new 'push to pass' feature, giving 20PS of extra punch during overtakes. Further, the roll cage and Eibach springs have been stiffened to improve handling. And to handle the extra power, the Pagid-sourced brake pads have also received an upgrade. Have a closer look at the Race Polo here.