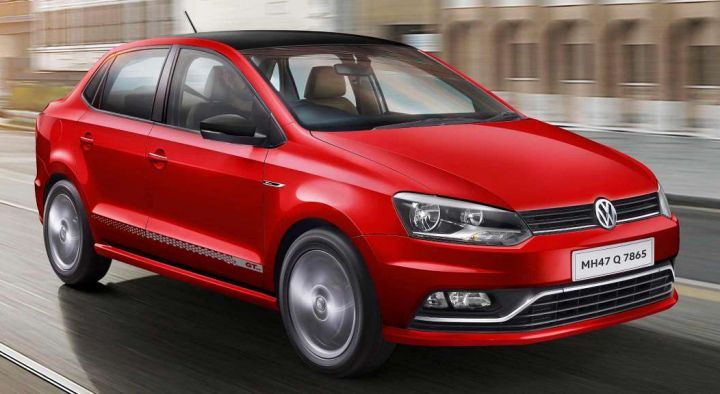 The Volkswagen Ameo is now available in a new trim called the GT Line. This sporty variant of Volkswagen’s sub-4 metre sedan is priced at Rs 10 lakh (ex-showroom), which makes it as expensive as the variant it is based on, the Ameo Highline Plus diesel-AT. The GT Line trim can also be had on the top-spec Polo GT and Vento Highline Plus DSG variants as well.

The GT Line trim in the Ameo packs styling elements that make it look a tad sportier. For starters, you get a blacked-out roof and ORVMs. Then there are body decals and badges at the side to ensure that you’re driving the sportier variant. At the rear, a black colour lip spoiler adds some oomph to the otherwise boxy design. Nope, the Ameo doesn’t get that GTI-esque face, side skirts or LED tail lamps found on the recently introduced Polo and Vento facelift.

The Volkswagen Ameo goes up against the Maruti Suzuki Dzire, Honda Amaze, Ford Aspire and the Tata Tigor. Considering the fact that the Ameo GT Line is priced equivalent to the Highline Plus, you get the option of making your car look sportier at no extra cost. That said, this is yet another update for an ageing product.