According to Volvo, this step will help the company boost its market share from 5 to 10 per cent by 2020 in India 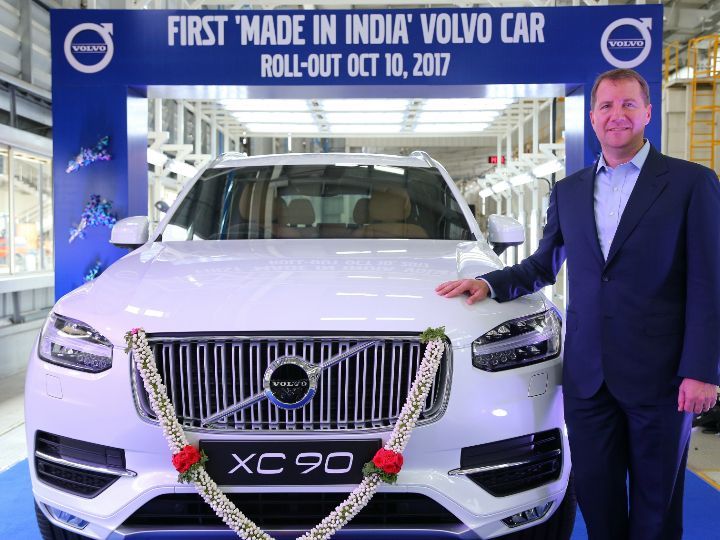 Volvo, the Swedish manufacturer, has started assembling cars at its Bengaluru facility. The Volvo XC90 is the first car to roll out of the premises.

Other than the XC90, cars based on Volvo’s SPA vehicle architecture will be assembled in India. SPA-based cars sold in India include the S90 and the V90 Cross Country. Currently, there is no announcement on when the assembly of these cars will begin.

In India, Volvo Cars is working with Volvo Group India for its assembly operations. That means it uses the latter’s existing infrastructure and production licenses for assembling cars in the country.

About a week back, Volvo Cars appointed Charles Frump as Managing Director to head its India operations, replacing Tom von Bonsdorff. Talking at the rollout, Charles Frump said, “It’s a moment of great pride for all of us at Volvo Cars. The roll-out of first locally assembled Volvo Car speaks volumes for the company’s commitment to grow further in India. The last three years have been good for us in India and we noticed a positive and encouraging growth in terms of increased segment share, world-class product, and new dealer appointments. With global standards in quality, we are a formidable luxury car company in India and on-track to gain a bigger share of the segment.”

Currently, Volvo has 10 cars in its Indian lineup which are sold through 18 dealerships spread across India.