Here’s What The CEO Of Hero Electric Said About The Future Of EVs.

Things you should know about the upcoming EV market and subsidies. 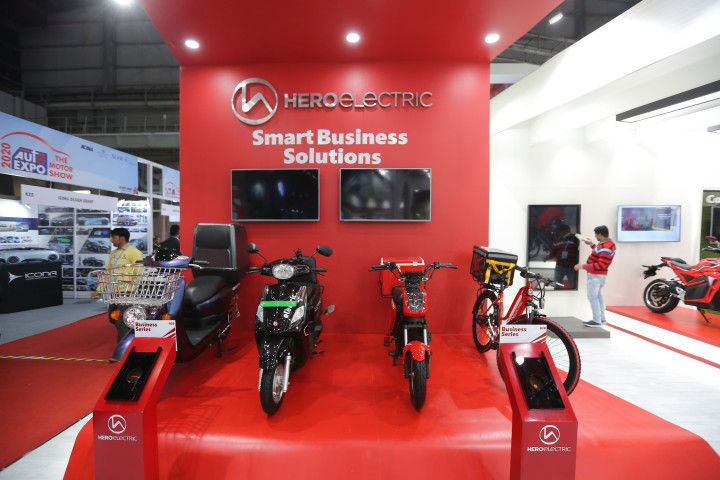 Our team recently had the chance to get some insights on Hero Electric’s upcoming plans from Sohinder Singh Gill, CEO Hero Electric. The company was established back in 1993 and has now become one of the most well-known and largest EVs brands in the country. This conversation highlights perhaps the crucial angles of Hero Electrics plans, the EV policies and the necessary step to boost India’s electric mobility.

Gill addressed that the company is focusing on making the EVs more efficient for the coming future. In the first phase of development, the R&D department has managed to clock about 80km from a 1.5kWh lithium-ion battery that powers the Optima range of electric scooters. The said result was achieved by reducing thermal, mechanical and various other losses.

Moreover, Hero Electric plans to squeeze out 10 percent more efficiency by altering the materials used, better aerodynamics, overall weight reduction and amping up regenerative braking. All of this will be done in the second phase of development in eight months.

Gill said, of all the EVs displayed by Hero Electric at the Auto Expo, their first trike, the AE-3 turned a lot of heads. It was aimed at catering the B2B sector. But its high asking price proved to be a bit much for potential customers, which led to Hero Electric shelving the trike project for now.

As of now, Hero Electric localises most of its products, but by the end of 2021, the brand looks forward to 100 per cent localisation of its electric two-wheelers. Let’s hope that with all these changes, the scooters will be a lot more approachable to youngsters eyeing stylish and sporty scooters.

Moreover, in Gill’s opinion, the government should encourage B2B companies to adapt EVs for their intra-city logistics. This will not only help to protect the environment but also cut down transportation costs as EVs run at a much lower cost than the IC engine vehicles.

Gill also voiced his thoughts on the FAME II policy. According to him, the policy is aimed at encouraging customers to opt for EVs by providing them with subsidies, but the adoption is somewhat improper. He further added that the amount of Rs 10,000 crore assigned for the Fame II policy isn’t being used in the best way.

Gill explained the math behind the subsidies. While the manufacturing cost of an EV is Rs 50,000 to 60,000 without FAME II incentives, it spikes to Rs 70,000 to 80,000 with the subsidy involved. This is done to ensure that the subsidy amount of about Rs 15,000 is passed directly to the customer. This, Gill feels unnecessarily inflates manufacturing costs for the companies.

That said, the subsidies work much better when it comes to premium electric scooters for both, the customer and the manufacturer. For instance, the price of a scooter that costs Rs 1.5 lakh is dropped to Rs 1.2 lakh by availing the subsidy.

As the premium scooter market is considerably smaller in India, Hero Electric is eyeing the sub Rs 90,000 market, which is the one with maximum sales in the country