Say hello to the Nyx-HX lineup of scooters 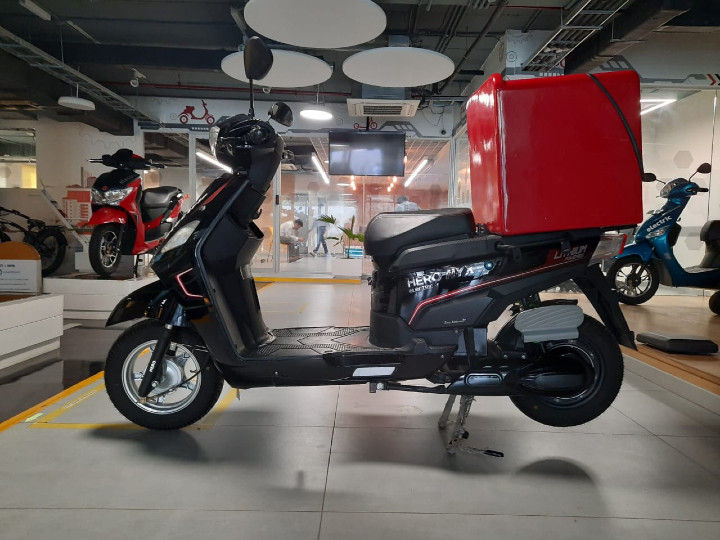 The innovative folks at Ather Energy are hard at work, expanding into new cities, trying to speed up charging rates and extract more range from their battery packs. But Hero Electric has apparently outdone them by rolling out the new Nyx-HX lineup of scooters that claims to offer up to 210km on a single charge! That does sound impressive, until you learn that the top speed is 42kmph.

But considering the fact that Hero Electric’s target market is B2B applications, the low top speed shouldn’t be too much of an issue. The B2B buyers will also appreciate the flexibility in terms of passenger and load carrying solutions, as you can see from the ice box on the back of this particular example. The sizeable floorboard further ups the utility quotient of the Nyx-HX, and if you are a business owner who’s interested in buying one of these, they start at Rs 64,440 after FAME-2 subsidies.

If you are looking to buy this as an individual, though, you will have some concerns. The appearance of the Nyx-HX is seemingly the result of Hero Electric dropping its lead designer in the middle of a desert with nothing but a pencil and a ruler to design a scooter. Of course, in all likelihood, the design was actually created by someone in a certain neighbouring land. Just like most of the rest of the scooter. Hero Electric says the Nyx-HX lineup has been “developed after years of research and field trials”.
We suspect they’re referring to rice fields.

But the biggest issue for private buyers will be the frankly absurd Rs 1,09,440 price tag. But for all that money, Hero has at least thrown in a centre-stand as standard fitment, so that’s one way in which the Nyx-HX is better than a Triumph Bonneville. It is also the only way in which it is better.

Once you look at the motor’s paltry 0.6kW power figure, the top speed begins to make sense. Three lithium-ion battery packs give a combined capacity of 1.536kWh, which, depending on the version that you buy, can give you between 82km and 210km, according to Hero. If real world figures are anywhere close to these claims, then that is quite impressive indeed. Another good bit about the batteries is that they’re placed in such a way that underseat storage space hasn’t been compromised.

All in all, the Nyx-HX lineup seems like a decent enough offering for businesses, especially if the range figures are true, but if you’re an individual looking to buy one, we think there are far better options out there. Like the Bajaj Chetak, for example. It’s priced very similarly, and you can read our review right here. 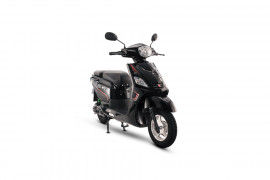