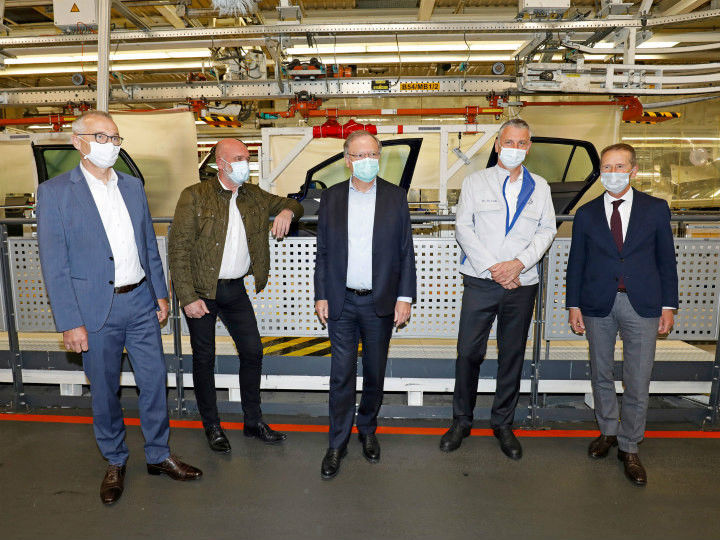 Last month, Volkswagen had announced that it was suspending production at its European plants due to the coronavirus pandemic. Now, the carmaker has revealed that it has resumed production at the Wolfsburg plant with early shifts starting from 6:30am. Around 8,000 employees will return to the production plant.

Operations will commence with the production of the Golf hatchback on a one-shift basis, with reduced capacity and longer cycle times. Following that will be the Tiguan, Touran models and the SEAT Tarraco from April 29. Volkswagen expects to produce around 1,400 vehicles by the end of the first week, followed by more than 6,000 vehicles for the next week. This is in conjunction with multi-shift operations which are likely to resume by next week.

The main talking point is of course the safety of employees returning to work at the plant. The carmaker has introduced over 100 protocols to ensure health and safety. This includes social distancing, health checklists, personal hygiene, protective masks, and virtual meetings as far as possible. This plan has been shared with over 40,000 suppliers and logistics partners throughout the world.

Besides, Volkswagen has reopened around 70 per cent of its dealerships for business. The Wolfsburg plant is the second one in Germany after the Zwickau plant to resume production following the hiatus that began in mid-March. The Bratislava and Slovakia plants have also resumed production since April 20.

This move comes as a glimmer of hope as the world continues to battle the coronavirus with varying degrees of success. We expect more carmakers to follow suit shortly.