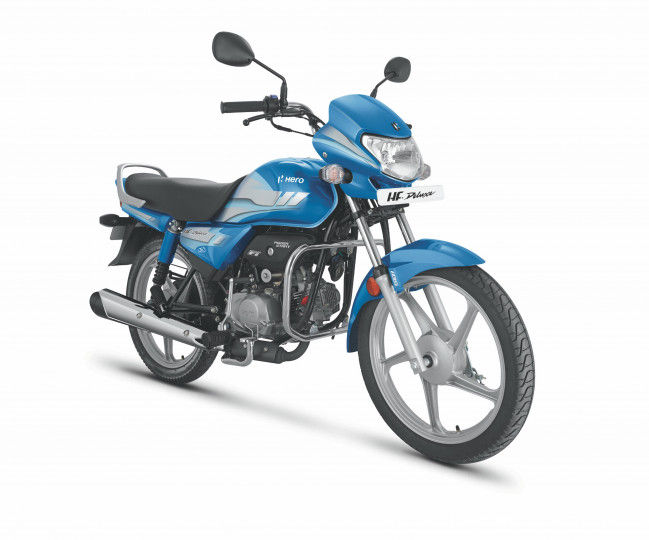 Hero MotoCorp is on the ball when it comes to BS6 updates. It launched its first BS6 motorcycle, the new Splendor iSmart BS6, last month and has now followed that up with a BS6-compliant HF Deluxe. This is India’s first BS6-compliant 100cc motorcycle and quite frankly, a bit of a surprise, because we didn’t think it would be financially feasible to make a 100cc motor comply without significantly driving up costs.

That being said, almost 80 per cent of Hero’s sales come from this horizontally inclined 97.2cc motor, so perhaps this compelled the brand to bring it up to date. The new HF Deluxe is around Rs 8,500 more expensive than its BS4 counterpart, variant-for-variant. The self-start drum brake variant is now priced at Rs 55,925, with the top-end Self-Start Alloy-wheel i3S variant costing Rs 57,250. The motor is now fuel-injected and slightly down on power, but torque has remained the same and Hero claims 9 per cent higher fuel efficiency and 6 per cent quicker acceleration.

Find the full press release below:

The commencement of despatches for the HF Deluxe BS-VI come close on the heels of the Company’s first-ever BS-VI product launch – the Splendor iSmart, thereby reaffirming the leadership role played by Hero MotoCorp in migrating to the new emission regime.

With these products coming in quick succession, Hero MotoCorp is rapidly ramping-up its portfolio of BS-VI products and plans to transform its entire range to BS-VI norms very soon.

Vikram Kasbekar, Executive Director – Operations (Plants) and Chief Technology Officer, Hero MotoCorp, said, “At Hero MotoCorp, we have been working towards ensuring a smooth transition to the BS-VI norms, not just for us but also for all our stakeholders, the industry and most importantly the customers. We are into the final leg of this transition phase and key products in our portfolio like the HF Deluxe are being transitioned now to ensure smooth ramp-up. Our BS-IV inventories are low and will not be replenished going forward. We will be introducing a slew of BS-VI products in the coming weeks.”

Commenting on the occasion, Malo Le Masson, Head - Global Product Planning, Hero MotoCorp, said, “HF Deluxe is the most popular entry segment motorcycle in India. The bike has already entered the 2-Million sales club and commands well over 2/3rd market share in the category. With the new HF Deluxe BS-VI, powered by Programmed FI technology, we have further enhanced the performance and efficiency of the motorcycle. We have now launched two new BS-VI motorcycles in quick succession and are committed to a rapid transition of our entire portfolio to the new norms."

The HF Deluxe BS-VI comes with all-new graphics and colors. The motorcycle is available in trendy combinations of Black with Red, Black with Purple, Black with Grey and in two new colour schemes of Techno Blue and Heavy Grey with Green.