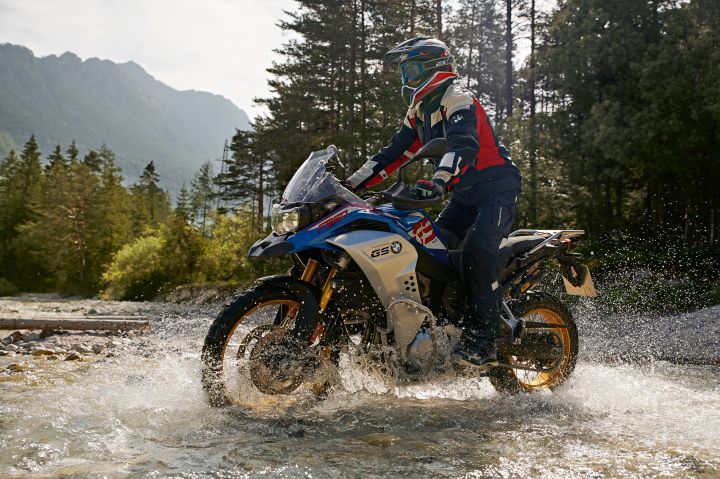 Starting with its scooter range, BMW unveiled the GT version of its C400 max-scooter. The scooter gets the same 350cc single-cylinder as the standard model, which produces 34PS of power and 35Nm of torque. However, what’s different here is that the scooter’s touring ability is accentuated by new features like a 6.5-inch TFT instrument console, with multifunction connectivity such as phone, message and music control. Other notable additions include LED headlights with LED DRLs.

Yet another exciting motorcycle to come out of BMW's stall was the F 850 GS Adventure. As you can guess by now, the F 850 GS Adventure gets additional goodies to make off-roading more fun. It gets a new steel bridge frame for increased riding precision and robustness, new set of USD forks along with an aluminium two-sided swingarm to all-LED lighting, a bigger fuel tank (23-litres) and a now bigger windscreen for improved wind protection.

BMW also confirmed the imminent arrival of the BMW R 1250 GS, RS and GS Adventure. With the increase in capacity from 1170cc to now 1254cc, power and torque output has now been bumped to 136PS and 143Nm respectively. In addition to this, it now gets a new exhaust system, two new riding modes, ASC and Hill Start control, with LED lighting as standard. BMW has also packed the motorcycle with dynamic electronic suspension.

After being spied numerous times, the 2019 BMW S1000RR has now officially made its debut. Gone is the asymmetrical headlamp design, which is now replaced with a more conventional look. Power has been bumped to 207PS while the torque of 113Nm remains unchanged. The bike also comes with new riding modes - rain, road, dynamic, race and a pro mode, which itself comes with three additional configuration modes - Race Pro 1-3. In addition to this, there's also a new 6.5-inch instrument console (divided into three core screens) on offer here. For a more in-depth info on the bike, stay tuned.