And yes, it will go into production very soon 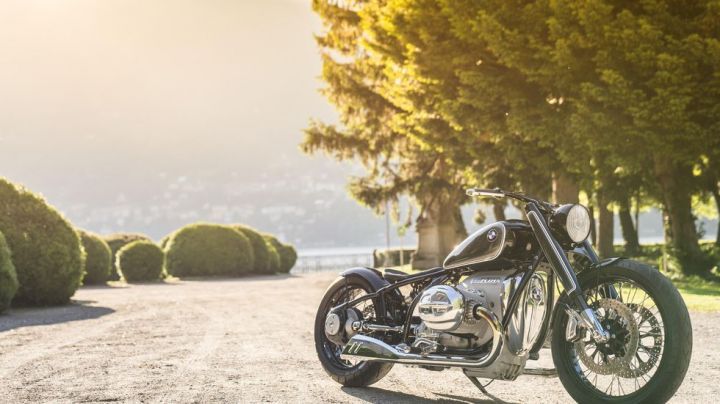 BMW Motorrad has showcased its future intentions with the new Concept R18 retro motorcycle that it showcased at the 2019 Concorso d’Eleganza Villa d’Este show. Held on the shores of Lake Como, it wasn’t easy for the Concept R18 to hold its own in the company of blingy retro cars. But safe to say, it prevailed. And how!

Its chopper-like design pays homage to the brand’s motorcycles of the 1920s. But don’t let its retro looks fool you. BMW has sneaked in modern-day goodies like LED lamps and an integrated spring setup under the seat for comfort and convenience.

Yes, it is far from what we have come to expect of modern-day concepts. But that’s exactly what BMW was gunning for. Head of BMW Motorrad Design Edgar Heinrich put it perfectly when he said, “I observe an almost romantic yearning for real mechanical engineering. Our aim with this concept bike is to address this need and turn it into an analog statement in a digital age.” And yes, the enthusiast in us does agree with that sentiment.

The Concept R18 houses a massive 1.8-litre 2-cylinder boxer engine. Although, unlike the brand’s air-cooled motors, this engine is a modern air- and oil-cooled unit. Considering this is just a concept, power figures and other specifications haven’t been revealed.

Also Read: A New Boxer In Sights For BMW Motorrad

Will we ever see it in the flesh? Well, BMW representatives do state that a production version is scheduled for 2020. Now, the only thing that remains to be seen is how much would be sacrificed for road-going practicality.