New-gen S 1000 RR gets a revised design, a more powerful engine and is lighter than before 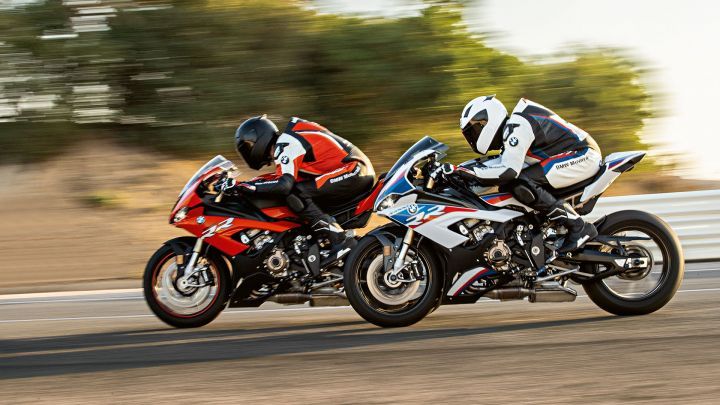 BMW Motorrad India is set to launch the 2019 BMW S 1000 RR tomorrow. Unofficial bookings for the motorcycle are already underway at select showrooms for a token amount ranging between Rs 2 lakh to Rs 5 lakh. The German bikemaker first unveiled the new-gen litre-class superbike at the 2018 EICMA motor show in Milan with a whole host of changes.

The biggest change comes the form of a re-tuned, VVT-equipped engine which makes more power and torque than before. Additionally, it also gets re-designed LED headlamps, which now replaces the iconic asymmetrical front end of the last-generation bike. In terms of appearance, the new-gen bike looks quite agile and compact than before.

The 999cc inline-four engine now makes 207PS (up by 8PS) at 13,500rpm and 113Nm of torque at 11,000rpm (500rpm higher). Its 6-speed transmission now comes equipped with a bi-directional quick-shifter. Engineers at BMW have revised the internals to make the engine slimmer and 4kg lighter than before.

Weight saving seems to be the theme here, with the 2019 S 1000 RR being 11kg lighter than before at 197kg (kerb) thanks to a redesigned chassis along with the use of lighter working components and a WSBK-inspired swingarm.

If you opt for the aforementioned ‘M package’, the weight further drops down to 193.5 kg (3.5kg lighter) thanks to carbon wheels, an M battery, an M seat and an M swingarm pivot.

Considering the extent of changes, it’s likely that the new-generation model will command a premium over the outgoing motorcycle. We expect the 2019 BMW S 1000 RR to be priced around Rs 20 lakh (ex-showroom India).

When launched, it will lock horns with the Ducati Panigale V4, Yamaha YZF-R1, Suzuki GSX-R1000, Honda CBR1000RR Fireblade and the Kawasaki Ninja ZX-10R in India.