What else can you get for eleven and a half lakh rupees? 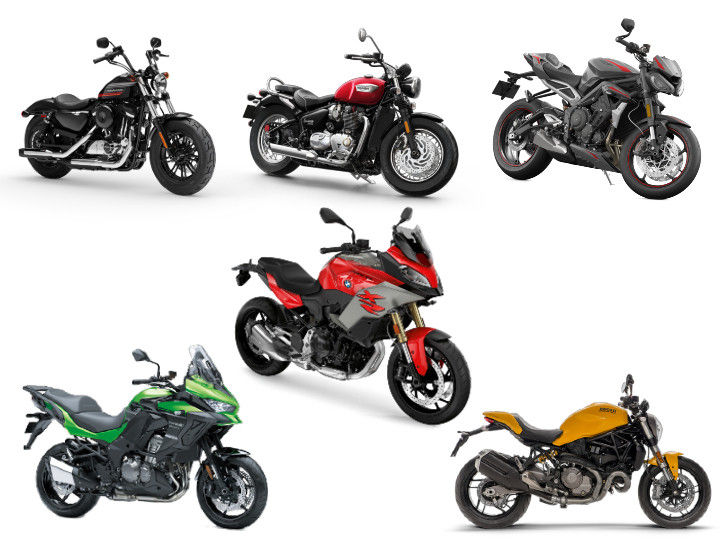 BMW Motorrad India has begun its BS6 operations with the launch of the new F 900 R and F 900 XR. These middleweight bikes promise a whole load of fun and are one of the more affordable options in the Bavarian bikemaker’s lineup. The F 900 XR is quite a unique motorcycle as it is a sports tourer with adventure garb. It is priced well: Rs 10.50 lakh for the Standard and Rs 11.50 lakh for the Pro variant (ex-showroom India). At this price point, there are quite a few motorcycles which offer different flavours. Here’s what else you can get for the price of the F 900 XR:

Kawasaki Versys 1000 - Rs 10.99 lakh
If you like the idea of an adventure-cum-sports tourer but want something bigger, you should check out the Kawasaki Versys 1000. It falls under the same genre as the F 900 XR but unlike the Beemer, this Kwacker gets a 1,043cc inline-four motor that churns out 120PS and 102Nm. It gets a couple of riding aids like traction control, cornering ABS, and cruise control.

Triumph Bonneville Speedmaster - Rs 11.33 lakh
The Triumph Bonneville Speedmaster was the British bikemaker’s challenger in the world of cruiser motorcycles. Powered by the large 1,200cc HT motor, the Speedmaster is certainly one of the more sophisticated cruisers available in this segment. It gets a couple of rider modes, switchable traction control, ABS and LED lighting. Plus, the boffins at Hinckley have paid extra attention to all the little details to make sure this beauty is era-appropriate.

Triumph Street Triple RS - Rs 11.13 lakh
The Triumph Street Triple series is often regarded as one of the best middleweight naked offerings in the market and the Triple 765 RS has been the king of this segment. Triumph recently launched the updated version of the RS in India, offering a better package at the same price point. It gets top-spec hardware, loads of electronic rider aids, and is a well-rounded package now.

Ducati Monster 821 - Rs 10.99 lakh*
The Ducati Monster was the bike that kick-started the middleweight naked segment a few decades earlier. The Monster 821 might not dazzle you with phenomenal performance or with top-spec gizmos and gadgets, but what it does offer is that typical Ducati L-twin character that made us big fans of the Italian naked in the first place. Also, you get to fulfil the dream of owning an Italian motorcycle in your garage.

*BS4 model’s price, BS6 yet to be launched