The rear disc variant was spotted with some nifty cosmetic updates 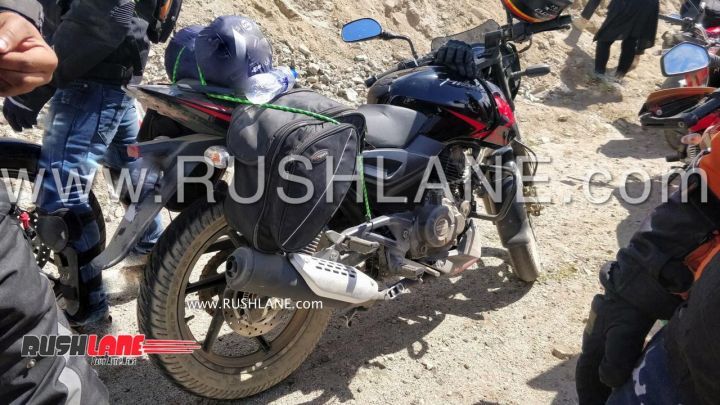 With the government set to make ABS mandatory for motorcycles displacing over 125cc by April 2019, Bajaj has been busy testing its popular Pulsar 150 with the essential safety feature. The presence of an ABS sensor ring on the rear disc confirms that it’ll get a single channel unit similar to the Pulsar NS range.

Bajaj seems to be testing the ABS unit with the recently launched rear disc variant of the Pulsar 150. However, it gets subtle graphic changes and a belly pan, both of which aren’t available on the current model.

The Bajaj Pulsar 150 rear disc variant is essentially a Pulsar 180 with a 150cc motor. Expect the upcoming ABS variant to feature the same 149.5cc single-cylinder, air-cooled DTS-i engine that’s good for 14PS at 8000rpm and 13.4PS at 6000rpm. It’s paired with a 5-speed transmission.

Suspension bits include 37mm front forks and twin Nitrox shock absorbers at the rear. The brakes are likely to be the same 260mm front and 230mm rear disc. Expect Bajaj to offer the single channel ABS unit on the standard Pulsar 150, which gets a 240mm front disc and a 130mm rear drum, as well.