Using the Euro-spec model as a reference, Audi’s flagship all-electric grand tourer could be offered in two variants: Standard and RS 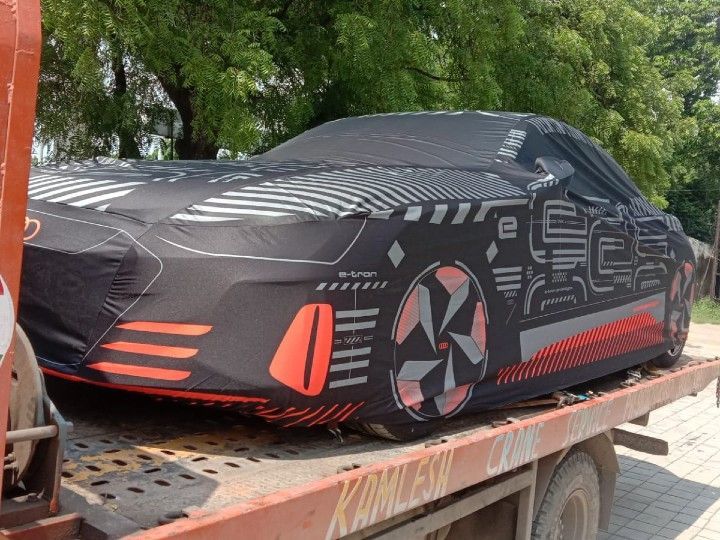 We’re just a little over a week away from the September 22 launch of the Audi e-tron GT in India, and things are beginning to take shape. The all-electric grand tourer has landed in India for the first time, albeit hiding under covers. Bookings for the e-tron have already commenced.

While the car is covered in wraps, we already have an idea of what it will look like. The silhouette is reminiscent of the Porsche Taycan since it shares its underpinnings with it. That said, there is some Audi flair thanks to a large inverted front grille, and the trademark haunch above the rear wheels which gives it a muscular look.

The cabin is more in line with the Audis of today, as the steering wheel has been lifted from the RS7 Sportback, while the infotainment system has been taken from the A6. But the e-tron GT has physical knobs for features like climate control instead of the touchscreen setup in cars like the A6, A8L, and Q8.

While the variants for the India-spec model haven’t been revealed, if we’re going by the one sold in Europe, it will be offered in two variants-- Standard and RS. Both get a dual-motor all-wheel-drive powertrain setup and a 95kWh battery pack. Here are the detailed specifications:

As things stand, the Audi e-tron GT doesn't have an actual rival as it is the first electric grand tourer in India compared to the Mercedes-Benz EQC, Jaguar I Pace, and Audi e-tron that are SUVs in the premium electric car market in India. Prices could go over the Rs 1 crore mark.