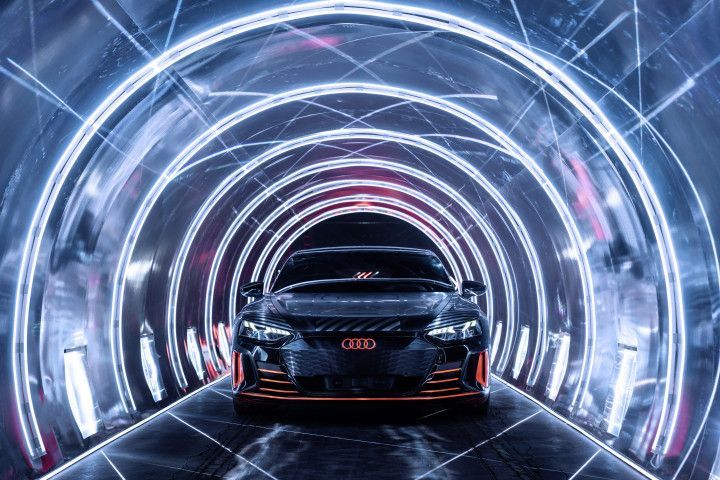 Audi has just dropped a bomb by teasing its flagship all-electric grand tourer, the e-tron GT, in India. Essentially a Porsche Taycan underneath the skin, the e-tron GT is offered globally in two variants: Standard and the performance-oriented RS.

The Ingolstadt carmaker is yet to reveal which variant it plans to bring to our shores. If Audi decides on the RS e-tron, it will officially be the first all-electric performance car in India. Both variants employ a dual motor setup that drives all four wheels from a 95kWh battery pack. As with all luxury EVs, the e-tron GT’s battery pack supports fast charging.

Performance aside, the e-tron GT is quite a looker! In fact, I’d go on to say this is one of the best-looking Audis on sale at the moment. Okay, fine. Porsche fanboys will definitely agree the silhouette is reminiscent of the Taycan but Audi engineers have done a fine job of integrating its design elements to make this a smart grand tourer.

It's a typical Audi on the inside, with several cuts and creases on the dashboard. Surprisingly, Audi has reverted to physical knobs for the climate control, instead of the touchscreen seen in models such as the A6, A8L, and Q8. The digital instrument display, one of the best in the business, is lifted from the e-tron SUV.

Audi’s e-tron GT will be the first all-electric luxury sedan to go on sale in India. It’s likely to be priced from above the Rs 1 crore mark, making it an alternative to electric SUVs such as the Mercedes-Benz EQC, Audi e-tron, and Jaguar I-Pace.