Underneath the shell, the Audi e-tron GT shares its underpinnings with the Porsche Taycan 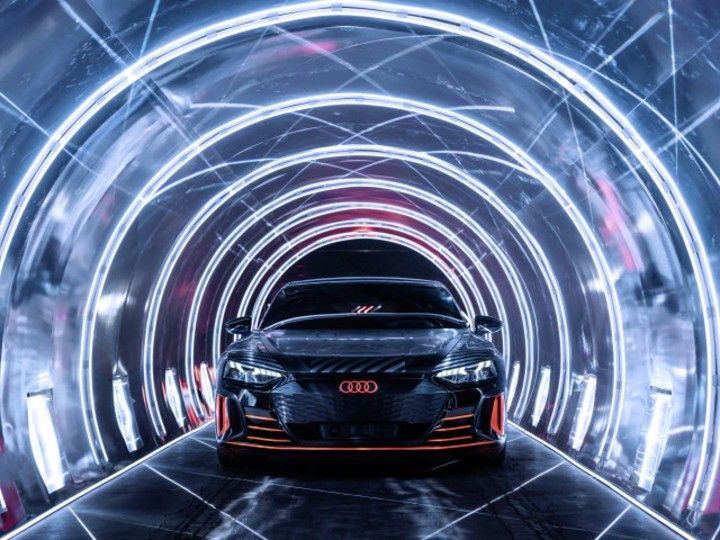 The e-tron SUV was launched just over a month ago, and now Audi is following it up with the e-tron GT. Bookings for this electric grand tourer are now underway in India, and will launch on September 22, 2021.

The e-tron GT is Audi’s attempt at offering a sporty coupe in the electric segment. It will be a first for India, with only SUVs like the Mercedes-Benz EQC, Jaguar I Pace, and Audi e-tron occupying the premium bracket of the country’s electric car market.

Looking at this upcoming electric Audi, you can’t help but wonder how fast it will be? Well, that will depend on the variants coming to India. For reference, in Europe, it can be had in two variants: Standard and RS:

The Audi e-tron GT shares its underpinnings with the Porsche Taycan. When you look at the car from the outside, it does look like there’s a bit of Taycan in its design, especially the silhouette. However, the interior is unmistakably Audi, although  there is one difference. You get physical knobs for features like climate control, instead of the touchscreen in cars like the A6, A8L, and Q8.

The Audi e-tron GT will have no real rival, and we expect it to cost more than Rs 1 crore in India. Its only competitors will be the SUVs mentioned above, and that will be a tough battle in itself as most buyers prefer SUVs today.