The all new Dzire gets more space, is feature rich and looks more premium than before 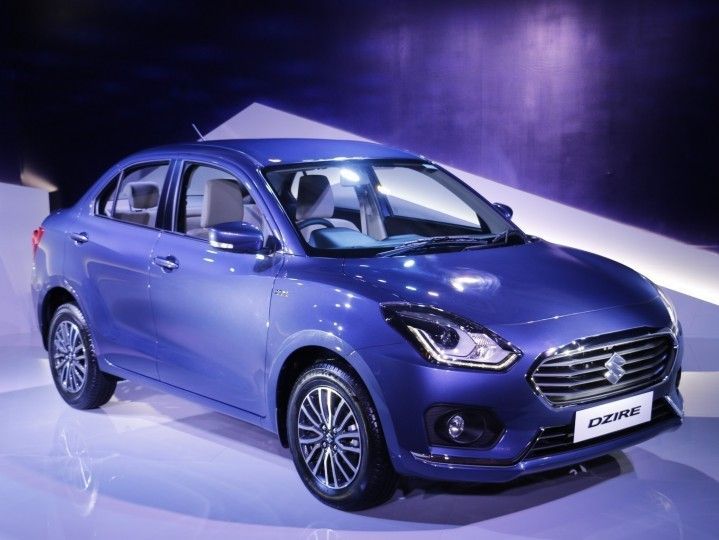 It's here! Maruti has launched the all new Dzire at a starting price of Rs 5.45 lakh (ex-showroom, Delhi). Prices for the diesel sedan start from Rs 6.45 lakh and go up till Rs 9.41 lakh. The new Dzire is available in four petrol and four diesel variants with the top three variants getting the option of an automatic transmission in both the fuel types. The car is built on an all-new Heartect platform and uses 36 per cent higher tensile strength steel.

Check Out - All-New Maruti Dzire: 5 Changes Which Make It Better

The all-new Maruti Dzire has been completely overhauled and has barely anything in common with the previous car. It loses its boxy shape and now features a much more curvy and fluent design which makes it look way better proportioned. The headlamps and grille are inspired from the all new Swift which will be launched in the Indian market next year. The headlamps get LED projector units (first in the segment) along with LED DRLs. The front of the car features a lot more chrome than it did earlier and looks more premium. The rear of the sedan gets a new set of taillamps which get LED guide lights and a chrome strip running along the width of the boot gate.

From the side, the gently sloping roof makes the Dzire look a lot better than before. It is here that the changes in dimensions of the car become apparent. The new Dzire is 3995mm long, 1515mm tall, 1735mm wide and has a wheelbase of 2450mm. With these numbers, the new Dzire has the same length, is 40mm wider and 40mm shorter in height and is also 20mm longer in wheelbase than the older model. Also, the new Dzire has been lowered and now has a ground clearance of 163mm, that is 7mm lesser than before. The boot space is up by 62 litres and is now 378 litres. The wheels are also precision-cut 15-inch units that look a lot better than before.

In terms of features, the Dzire has moved a notch higher as it now gets some of the best features of the segment. Outside, the car gets LED projector headlamps, DRLs and rear guide lights. Inside, it gets a 7-inch touchscreen infotainment system which gets inbuilt navigation support and smartphone connectivity options like Apple CarPlay, Android Auto and MirrorLink. The new Dzire also gets an all new flat bottom steering wheel with faux wood inserts. The faux wood is also present on the dashboard in the form of a partition of the dual tone theme. With the longer wheelbase, the new Dzire has become more spacious at the rear and now also gets rear AC vents to tackle the scorching summers.

Check Out - Maruti Suzuki Dzire: Five Things You Should Know

It's only under the bonnet where the connection to the older Dzire is seen. The all-new Dzire continues with the same 1.2-litre petrol and the 1.3-litre diesel engines. Both these engines are available with either a 5-speed manual or an AMT gearbox. The petrol produces 83PS of power and 113Nm of torque and the 1.3-litre diesel produces 75PS and 190Nm. As the new car is lighter than the previous gen, the fuel efficiency figures have gone up. The petrol is now claimed to deliver 22kmpl whereas the diesel is claimed to return an astonishing 28.4kmpl. The fuel efficiency of the petrol engine has been bumped up by 1.1 Kmpl whereas the diesel engine’s efficiency has been increased by 1.8kmpl.

The all new Dzire will continue to rival the likes of the Honda Amaze, Ford Aspire, Volkswagen Ameo, Hyundai Xcent, Tata Zest and the Tigor. With the new set of features, the Dzire certainly has set a new benchmark in the segment. And from the successor of a car that already is the best-selling sedan in the country, we expect the all-new Dzire to do even better!