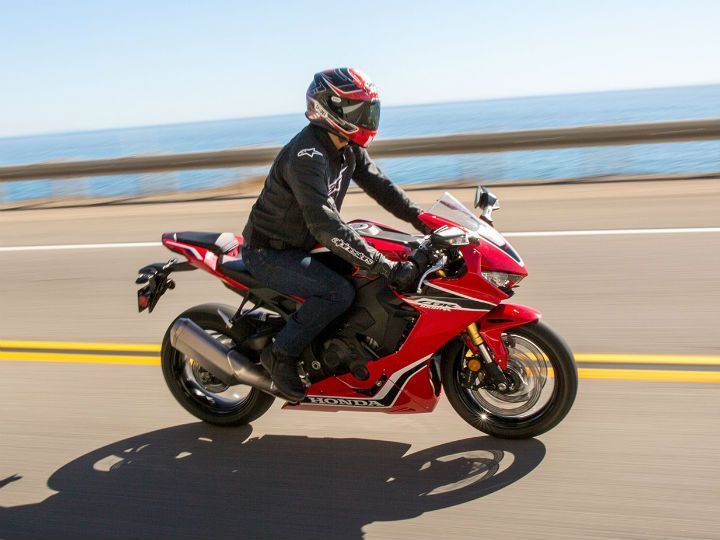 Supersport motorcycle owners will be able to relate to this. There must have been numerous occasions when you craved for easier ergonomics during your daily commutes. We empathise with the stress of all your body weight acting on your wrists while you try to manoeuvre your bike through long traffic snarls. Now, Honda seems to have an answer to this conundrum - adjustable ergonomics!

The Japanese brand recently patented a system which allows the handlebars and the windshield to move up and down. Honda seems to have modified the forkhead with a set of tubes running parallel to the fork arms. The handlebars are mounted on these tubes, and they slide up and down using an actuator. The windshield is also electronically adjustable and uses a scissor linkage mechanism. Both the handlebars and the windshield appears to be linked so that they move together once they’re activated. The equipment would’ve certainly increased the weight up front and it remains to be seen whether it will have any impact on the motorcycle’s dynamics.

We feel the windshield retraction/extension mechanism is too complicated and unnecessary. A tool-less adjustable windshield would’ve worked just fine. Its manual operation would’ve been a small price to pay for simplicity and cost-effectiveness.

On the other hand, the adjustable handlebars would be a boon for bikes with aggressive riding postures. This should considerably improve the motorcycle’s versatility for daily commutes and for touring as well. Interestingly, Honda’s system doesn’t change the footpeg position. So, while it may improve the bike’s comfort to quite an extent, it may not exactly be comfortable enough to do proper long distance touring.

This isn’t the first time a motorcycle has been seen with adjustable ergonomics. Way back in the late 80s, Yamaha unveiled a concept called the Morpho. As the name suggests, the motorcycle could literally shape-shift to suit the riding conditions. This included the seat, footpegs and even the entire cockpit! That said, a system like this relies on heavy hydraulics and isn’t exactly feasible on a production model. We believe Honda might just improve upon the patented system and bring out a more refined solution in the near future!