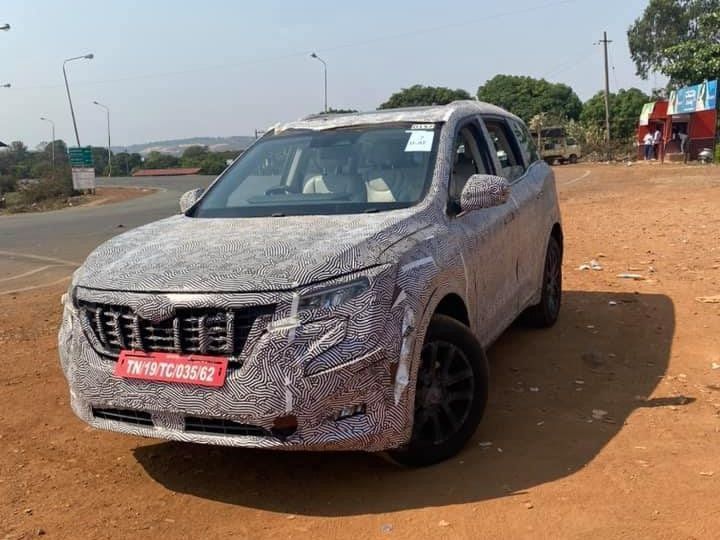 As we inch closer to the next-gen 2021 Mahindra XUV500’s debut, more details are coming to light. The latest spy shots, which gives us a better look at its interior, reveal a few premium features and design elements. Slated to launch by mid-2021, this will be the first generation update for the XUV500 since its launch a decade ago.

Thanks to sightings, we’ve managed to peek at the XUV500’s cabin, which is much more opulent than before. The latest spy shots, however, reveal many more details. For the first time ever, the XUV500 will be offered with memory function driver’s seats (current model gets only powered seats), which allows you to have a preset driving position. The faux open-pore wood surrounding the powered-seat controls gives it a premium feel à la Mercedes.

Even the twin-screen setup comprising the touchscreen infotainment system and digital driver’s display seems to be inspired by a Mercedes. Like its rivals, the Safari and Hector Plus, the XUV500 is likely to be offered either as a 6-seater with captain seats or a 7-seater with bench seats for the middle row occupants.

In terms of features, the XUV500 could come with new equipment such as Apple CarPlay and Android Auto, dual-zone climate control, a panoramic sunroof, keyless entry with push-button start, cruise control, and possibly level-1 autonomous driving tech. Safety should be covered by multiple airbags, ABS with EBD, parking sensors with camera, electronic stability control, and a tyre pressure monitor.

The XUV500 is likely to be powered by a more powerful version of the Thar’s new 150PS 2.0-litre petrol and 130PS 2.2-litre diesel engines. Both engines are expected to be offered with 6-speed manual and torque converter automatic transmissions. It could also be offered with an optional all-wheel drivetrain.

Considering all the premium updates, we reckon the new XUV500 may be priced from Rs 14 lakh (ex-showroom). It will lock horns with the MG Hector Plus, Tata Safari, and the upcoming Hyundai Alcazar.