The motorcycle has been updated with new graphics, flyscreen and more! 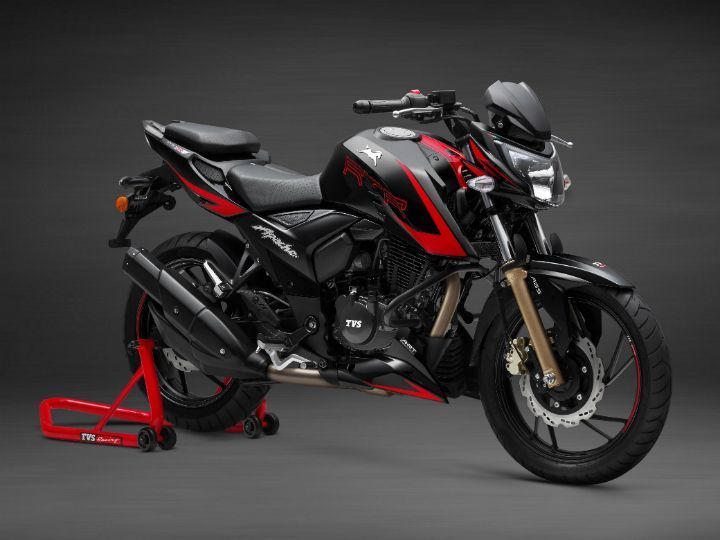 Hosur-based manufacturer TVS Motor has rolled out the latest generation Apache RTR 200 4V, termed as the Race Edition 2.0. As part of this update the RTR 200 4V now gets anti-reverse torque (A-RT) slipper clutch, new race-inspired graphics and a flyscreen across the range.

Commenting on the launch, Arun Siddharth, Vice President, said, “We build race machines for performance enthusiasts - the TVS Apache series is a testimony to our 35 years of racing heritage. Over the years, we have been at the forefront of setting benchmarks in bringing racing technology to performance motorcycles.”

For the updates, TVS has hiked the prices by roughly Rs 1500 across all the variants. As a result the company has priced the RTR 200 4V at Rs 95,185 for the carb version, Rs 107,885 for the EFI version and Rs 108,985 for the carb ABS version (all prices ex-showroom Delhi). Which we think is a pretty good deal, considering that you now get the additional assistance of a slipper clutch. However, TVS states that the EFI and ABS variants will be only be available at select dealerships.

The Apache RTR 200 4V is the first motorcycle in its segment to be equipped with a slipper clutch, which TVS calls an anti-reverse torque unit. According to the company this helps in reducing the clutch effort by 22 per cent, making upshifts quicker and also reducing wheel hopping when downshifting aggressively.

We will surely put these claims to test as soon as we get our hands on the bike. Till then, stay tuned for more updates.