Apart from launching the Mercedes-Maybach S 650, the German carmaker will showcase several other products including the Petronas F1 car, EQ Concept and the E-Class All Terrain 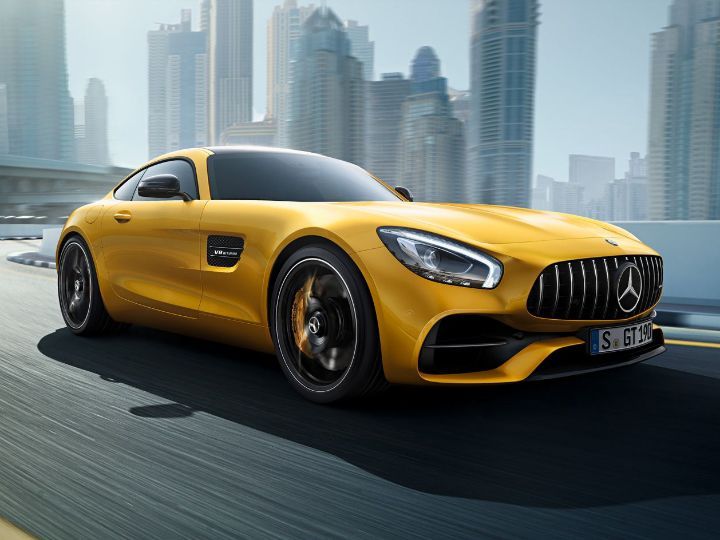 India’s largest luxury carmaker Mercedes-Benz is all set to flaunt a wide range of its products when the 14th edition of the Auto Expo opens its gates on February 9, 2018. Apart from the products, the German carmaker will also launch its new website for India with Live Chat feature, an e-commerce marketplace for official merchandise, an AI (artificial intelligence)-based Chatbot and an overhauled mobile app.

A total of 13 models are destined to feature in hall number 15 at the India Expo Centre. Here’s the list:

The above list confirms that most of the models that will appear at the 2018 Auto Expo are already on sale in India. Only the AMG F1 Car, Concept EQ, E-Class All-Terrain and the Maybach S 650 are new and one of these isn’t road-legal anywhere in the world. Let’s see what the other three will bring to the table.

Mercedes will launch the Maybach S 650 at next year’s Auto Expo. The Rolls-Royce Phantom-rivaling limousine is powered by a 6.0-litre V12 petrol engine that puts out 630PS of power and 1,000Nm of torque. Transmission duties are handled by a 7-speed AMG SPEEDSHIFT MCT sports unit which helps in hurling this 5.5-metre, nearly 2.4-tonne saloon to 100kmph from a standstill in just 4.7 seconds.

But that’s not what the Maybach is about. Its real charm is in delivering undiluted luxury to its wealthy passengers. The vast list of creature comforts include 4G internet connectivity, wireless mobile charging, an 8.5-litre refrigerator instead of the rear middle seat, COMAND Online system with a 12.3-inch touchscreen display and a 26-speaker, 28-channel Burmester 3D sound system with a total output of 1590 W. Expect it to kick-start the introduction of the S-Class’ refreshed fascia in India.

It is sad that Mercedes-Benz took nearly two years to finally realise that the E-Class All Terrain has the potential to become a worthy alternative to the high-riding rugged SUVs. It was at the 2016 Paris Motor Show that the German carmaker first showcased the E-Class All Terrain to the world. The company has now decided to launch it in India sometime next year. While Mercedes-Benz claims that this new iteration of the E-Class will make a niche segment for itself, it has obviously forgotten about the Volvo V90 Cross Country.

Like the V90 Cross Country, the E-Class All Terrain has an estate-like silhouette but flaunts rugged plastic cladding all around the lower elements of the car. Other similarities include a higher ground clearance, thanks to 19-inch alloy wheels and a jacked-up suspension, all-wheel drive and a diesel engine. The powerplant is a 3.0-litre V6 unit that puts out 258PS of power and 620Nm of torque. Coupled to it is a 9-speed 9G-TRONIC PLUS automatic transmission, which helps the car reach 100kmph from naught in 6.2 seconds.

This is quite possibly the concept car that will define Mercedes’ fate during the global push towards electrified mobility. Touted as Tesla’s real rival from Mercedes-Benz, the EQ Concept first broke cover during the 2017 Paris Motor Show. The battery-powered car features two electric motors, with a combined power output of up to 408PS and a range of up to 500km. The permanent all-wheel-drive system helps in transmitting power to the road efficiently, and it will feature autonomous driving modes too. The company says that it will enter production before the end of this decade. This, without a doubt, will take center stage at Mercedes’ lavish presentation.

We were hoping that Mercedes-Benz puts on a more refreshing show with extra new-to-India models at its stall. One of the painful omissions will be the all-new G-Class, which will make its world premiere at the 2018 North American International Auto Show in January. Another one that will be thoroughly missed is the third-generation CLS, which was revealed to the world at the 2017 Los Angeles Auto Show. Both these cars are expected to go on sale in India, with the CLS in 2018 and G-Class in early 2019.