Husqvarna will team up with KTM to launch the recently showcased Vitpilen 701, Vitpilen 401 and the Svartpilen 401 in India 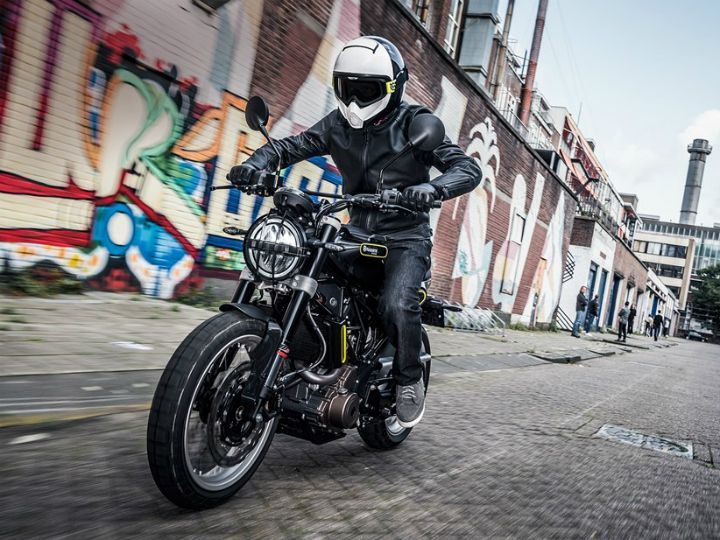 As far as their arrival to our shores is concerned, the Husqvarna brand will be launched by KTM in India. The first bike, that is expected to be manufactured here, will be the Svartpilen 401. It will go on sale by the first half of 2018 and is expected to be touted as a more premium offering than the 390 Duke. Before your tongue gets twisted in the names, let’s jump straight to the matter.

The 2018 Vitpilen 701 is a retro-styled roadster that was first showcased as a concept at EICMA, two years ago. The production-ready 2018 Vitpilen 701 stays true to the concept, but with minor changes. The stripped-down roadster gets an all-LED headlight circumferenced by the DRL. Clip-on handlebars, together with the flat seat, offer a rather engaging seating position, while staying true to the traditional looks. The exposed trellis frame too stays true to tradition with the floating rear seat that forms the minimalistic sub-frame.

The bike is powered by a 693cc, single-cylinder, liquid-cooled engine that produces 75PS of power and 72Nm of torque at 6750rpm, mated to a 6-speed transmission. The Vitpilen 701 comes equipped with ride-by-wire for a more refined power delivery. The bike also offers a hydraulically actuated slipper clutch for easy shifts.

While 43mm WP upside down forks take care of suspension duties at the front, the rear is suspended on a monoshock, connected via a linkage to the swingarm. The suspension at both ends are fully adjustable and have a suspension travel of 135mm. For braking, the Vitpilen 701 gets a four-piston radially mounted Brembo caliper on a 320mm front disc and a single-pot on a 240m disc at the rear. At 830mm, the seat is set pretty high and shorter riders might not be comfortable swinging a leg over the bike. The Vitpilen 701 is also fitted with disengagable two-channel Bosch ABS. The Vitpilen 701 gets a 12-litre fuel tank.

The younger sibling in the Vitpilen lineup, the 401 also gets the bare essential styling of the 701. Built on the same framework as the KTM 390 Duke, the trellis frame on the Vitpilen 401 houses a 375cc single-cylinder liquid-cooled engine that produces 44PS of power and 37Nm of torque lower down in the rev range. The transmission is handled by a 6-speed gearbox. Just like its elder sibling, the 401 also gets ride-by-wire.

The Svartpilen shares all its mechanicals with the Vitpilen 401, and in turn is based on the same framework as that of the KTM 390 Duke. It carries over the same 375cc single-cylinder liquid-cooled engine. Even the state of tune is the same and it continues to churn out 44PS of power and 37Nm of torque lower down in the rev range. From suspension to braking to ABS, seat height and fuel tank capacity, everything is identical to that of the Vitpilen 401.

However, since the Svartpilen 401 is a scrambler, the riding position is more upright and the tyres are different. The tyres, true to scrambler tradition, are knobby and dual-purpose. The bike’s looks also ooze the scrambler style with the narrow bodywork, rugged tyres and minimalistic sub-frame complementing the same.

The Svartpilen 701 concept showcased by Husqvarna at EICMA shares its mechanicals with the Vitpilen 701 production-ready bike. Like the case with the 401 duo, the Svartpilen is the scrambler in the 701 duo. The Svartpilen 701 concept looks as amazing as the other bikes and if the previous concept-to-production flow is anything to go by, expect this to be a looker as well. The short handlebar, flat seat floating at the rear and the petite headlight assembly come together to make the naked look ravishing.

Well, this was just a roundup of the Husqvarna pavilion at EICMA. For a bird’s eye view of the event, head over to our complete low-down.