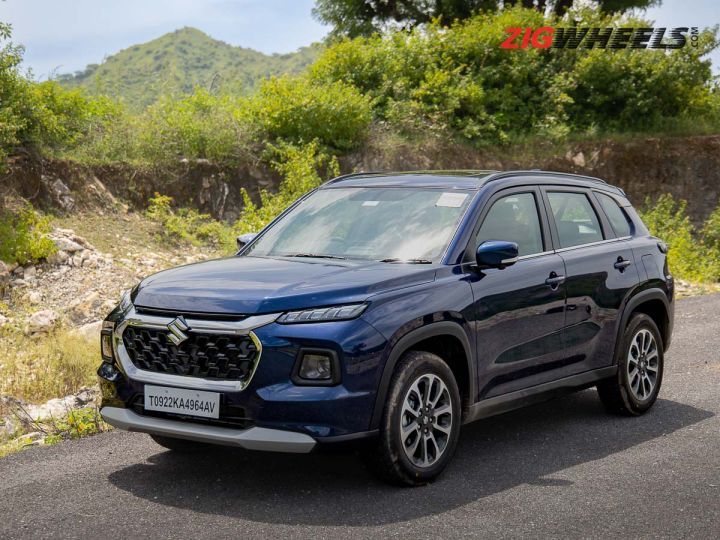 Maruti has revealed the prices of its flagship SUV, the 2022 Grand Vitara, and has announced that the car has already accumulated over 57,000 bookings prior to its launch.

The carmaker will begin delivering the SUV to early bird buyers from next month onwards. But if you book one now, you will stare at a pretty long waiting period for both strong-hybrid and mild-hybrid variants of the new Grand Vitara. Before we delve deeper into the details, let’s take a look at the compact SUV’s specs and features.

The new Grand Vitara comes with a 103PS 1.5-litre petrol engine paired with a mild-hybrid system, and five-speed manual and six-speed automatic transmission options. The manual variant is also available with an AllGrip all-wheel-drive system.

Alternatively, there is a strong-hybrid version on offer with a Toyota-developed 1.5-litre petrol engine and e-CVT automatic transmission. The power unit makes 116PS (combined) and drives only the front wheels of the compact SUV.

Being Maruti’s flagship SUV, the Grand Vitara is decked with premium features such as ventilated seats, a panoramic sunroof, nine-inch infotainment touchscreen and wireless phone charging. Its strong-hybrid version even gets a head-up display and a digital driver’s display.

How long will I have to wait for my Grand Vitara?

Bookings for the SUV have been ongoing since July. With 57,000 customers already in the queue, you’ll have to wait for a while to get a new Grand Vitara delivered if you book now.

On the contrary, those who’ve paid a deposit for the vehicle prior to its launch can expect to see their motor delivered right from October this year.

The 2022 Maruti Grand Vitara retails from Rs 10.45 lakh to Rs 17.05 lakh for the mild-hybrid version and between Rs 17.99 lakh and Rs 19.65 lakh for the strong-hybrid (all prices ex-showroom pan-India). It rivals the Hyundai Creta, Skoda Kushaq, Volkswagen Taigun, Kia Seltos and MG Astor.