Will feature some design inspiration from the new Elantra 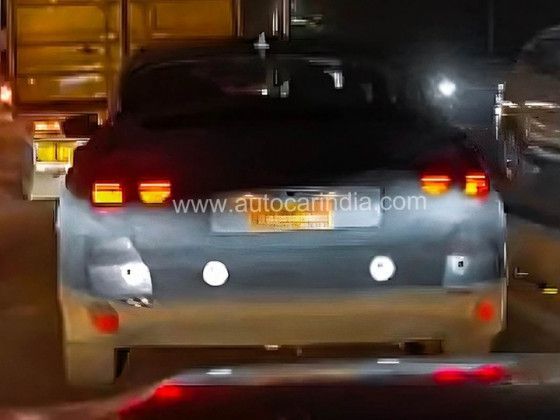 The Hyundai Verna has now been overdue for a generation update since it got a midlife facelift in 2020, and the carmaker has been working on it with test mules spotted abroad (called the Accent in markets abroad). Now the new Verna has been spotted again, this time in India for the first time, hinting at a debut sometime later this year or early 2023.

The model spotted was heavily disguised, but there were plenty of clues on the design. From the sides it seems a bit longer than its predecessor. At the rear there seems to be angular tail lamps like the new Elantra. While there was no front shot, we know from earlier images that it will follow the ‘Sensuous Sportiness’ design language with hints of a wide grille integrating with the headlights like the new Elantra.

While the cabin image doesn’t give a clear view,  we expect an overhaul, starting with a fully digital driver’s display, and a larger touchscreen infotainment system (potentially 10.25-inches) with wireless Android Auto and Apple CarPlay. It should retain bits such as ventilated seats and Hyundai’s Blue Link connected car tech.

What may not change in the new Verna, would be the mechanicals. The India-spec model will likely soldier on with the 115PS 1.5-litre naturally aspirated (NA) petrol, 115PS 1.5-litre diesel, and the 120PS 1-litre turbo-petrol engine options. Gearbox options such as a 6-speed manual as standard for the 1.5-litre petrol and diesel engines, as well as a CVT (1.5-litre petrol) 6-speed torque converter (diesel), and 7-speed DCT (1-litre turbo-petrol) automatic options will likely be retained. That being said, we could have Hyundai’s iMT clutchless manual gearbox, which is already in the Venue and Creta make its way to the Verna’s 1.5-litre petrol engine.

The next-gen Hyundai Verna is expected to be priced at a premium over the current model that retails from Rs 9.40 lakh to Rs 15.44 lakh (ex-showroom, Delhi). It will take on the Honda City, Maruti Suzuki Ciaz, Skoda Slavia and Volkswagen Virtus.