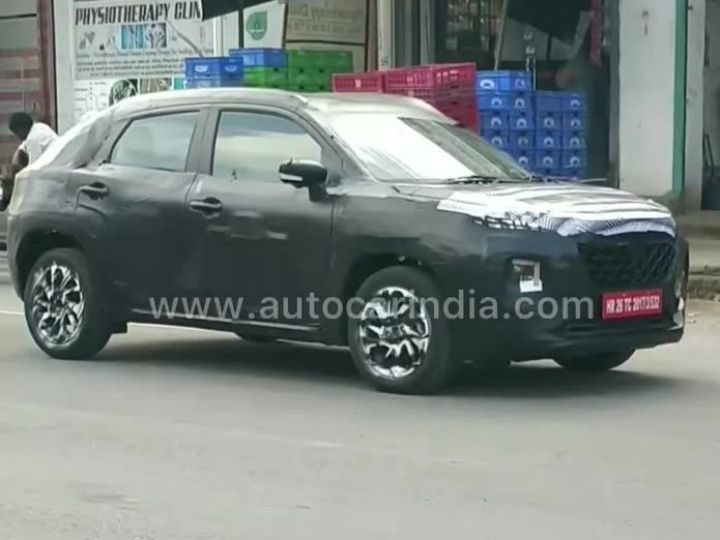 A new spy sighting has revealed Maruti’s Baleno-based crossover subcompact SUV that’ll slot above the premium hatchback in the carmaker’s Nexa lineup. The crossover has a coupe-SUV roofline and will bring back Maruti’s peppy 1-litre Boosterjet engine alongside other features seen in the 2022 Baleno. It’ll face off against the Kia Sonet and Tata Nexon upon launch.

At the front, the crossover features Grand Vitara-esque split headlights and a trapezoidal front grille that’s much larger than the Baleno. Similar to the hatchback, the crossover SUV will be based on Maruti’s Heartect platform.

Inside, the subcompact SUV is expected to get a similar dashboard as the Baleno. The equipment list should include a 9-inch touchscreen paired with a premium audio system, automatic climate control, 360-degree camera, six airbags, ESC and head-up display. Similar to the Brezza, it could be offered with a sunroof.

Which powertrains will be offered on the Maruti crossover?

The Maruti crossover will bring back the carmaker’s enthusiast-friendly 1-litre Boosterjet turbo petrol engine that was last seen in the Baleno RS before the advent of BS6 emission norms. Back then, it was tuned for just over 100PS and 150Nm – 10PS and a whopping 37Nm more than the Baleno’s existing 1.2-litre Dualjet naturally aspirated (NA) petrol engine.

6-speed auto 'box with paddle shifters could be offered

It’ll be paired with a standard 5-speed manual gearbox, and Maruti’s new 6-speed automatic transmission will likely be offered as an option. In addition, the crossover could get a mild-hybrid system (similar to the Brezza) to boost fuel efficiency and reduce emissions.

The new Maruti subcompact crossover SUV will slot below the Grand Vitara in the carmaker’s Nexa lineup of premium vehicles. It’ll likely be priced from Rs 8 lakh onwards (ex-showroom), rivalling the Hyundai Venue, Nissan Magnite and Renault Kiger in addition to the aforementioned Brezza, Sonet and Nexon.