One satisfies your youthful spirit, while the other stays true to its roots 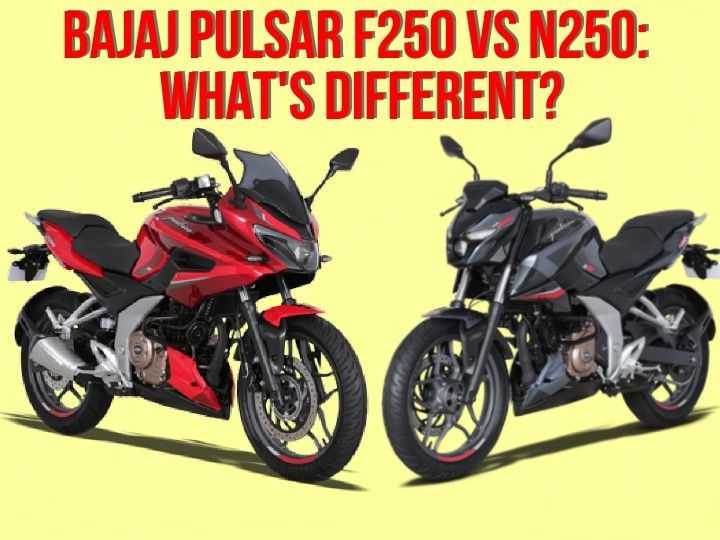 Bajaj has finally taken the wraps off the Pulsar 250. The bike comes in two variants -- the Pulsar N250 and the Pulsar F250 -- and here’s what’s different between the two:

The biggest difference between the Pulsar N250 and the Pulsar F250 is in terms of design. The former targets the streetfighter segment, while the latter borrows inspiration from the bike it replaces, the Pulsar 220F.

Between the two, the Pulsar F250 certainly looks sharper and brawnier. Add to that the extra wind protection and the iconic 220F charm, and it’ll certainly appeal to a wider audience.

Another change except for the design is in the ergonomics. While both bikes feature the same split seats and footpegs, the Pulsar N250 gets a flat handlebar while the Pulsar F250 features raised clip-ons. This should give the F250 sportier riding dynamics, thus making it more suited for the twisties.

Mechanically, everything is the same between these two. So both bikes use the same 249cc, single-cylinder engine with an oil cooler, putting out 24.5PS and 21.5Nm. The motor is housed in a new tubular chassis, sprung on a telescopic fork and a new monoshock at the rear.

The Pulsar N250 retails at Rs 1.38 lakh, while the Pulsar F250 costs Rs 1.40 lakh (both ex-showroom, Delhi). Considering there isn’t a big difference between their prices, it’s more or less down to your personal preference. We, for one, would pick the Pulsar F250, thanks to its sportier looks.